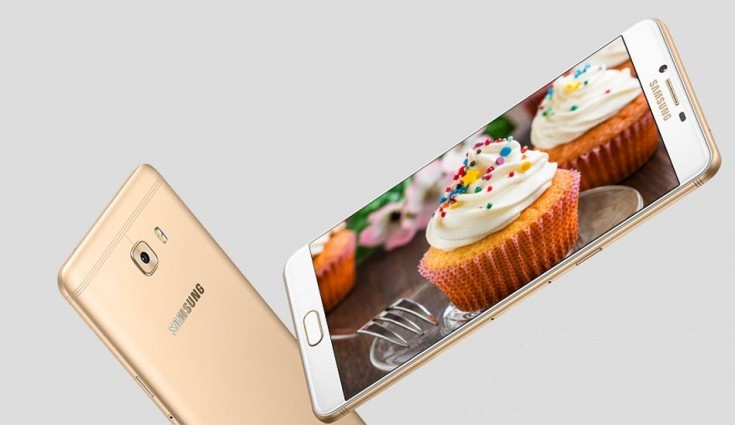 The device comes in two colour options to choose from - Gold and Black.

The Samsung Galaxy C9 Pro which was launched in India earlier this year for Rs 36,900, got a price cut of Rs 5,000 in June this year after which the smarphone was priced at Rs 31,900. Now the smartphone has again got a further price cut of Rs 2,000. The Samsung Galaxy C9 Pro is now retailing at Rs 29,900 and is available for purchase via various e-commerce portals like Amazon India and Flipkart and across retail channels as well. The device comes in two colour options to choose from – Gold and Black.

The price cut has also been announced by popular Mumbai-based offline retailer Mahesh Telecom on his official twitter handle.

The Samsung Galaxy C9 Pro smartphone is powered by an octa-core Snapdragon 653 (4 x 1.95GHz + 4 x 1.44GHz) processor and Adreno 510 GPU. The phone has a 6GB RAM, 64GB internal memory which is further expandable up to 256GB via microSD card. The smartphone runs on Android 6.0.1 Marshmallow operating system and is backed by a 4,000 mAh battery with fast charging technology. The smartphone features a metal unibody and a 6-inch display with full HD (1920 x 1080 pixels) AMOLED display.

The smartphone has a 16-megapixel shooter on the back with dual-tone LED flash, f/1.9 aperture and a 16-megapixel selfie camera. On the connectivity front, the device offers Dual SIM, 4G LTE, WiFi, Bluetooth 4.2, GPS, NFC and a USB Type C. The handset measures 162.9 x 80.7 x 6.9 mm and weighs 185 grams. The device also features a fingerprint sensor in the home button.