These tools and utilities would definitely help boost the experience of Android smartphones multifold.

Personalising mobile phones used to be impossible earlier, but with smartphones with operating systems like Android, it has become a child’s play. 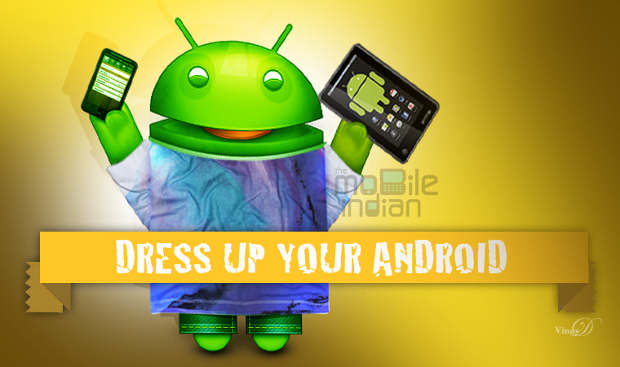 Today users can change themes, pictures, icons, and even the whole user interface to make the device just as they want. So here we have carefully selected a handful of utilities that will help in making any Android device look great.

And most important of all, these applications are available free of cost for all users so that anybody and everybody can use these applications. So here we have our top five list of personalisation tools for Android.

Go Launcher EX is an app for user interface replacement on Android. The application replaces the native launcher or interface of your Android phone with a list of UI’s available for the users to use and enjoy. The app provides lots of customisation options and themes for the home screen of the Android smartphones. Users also have the option to download Go Widgets, for further tweaking the looks of the device.

There also comes a dock on-the-screen feature which can be scrolled by the users to access the shortcuts of up to 15 of user’s favorite applications. There are other aspects of the app which can be customised as well including the status bar, hiding icon labels, increasing the grid size to give much more control to the users.

Overall, Go Launcher EX gives the users the feeling of being in control of their Android experience. The app allows users to back up their configurations which make them feel free to play around with the home screen, and if they don’t like it, they can always go back to the earlier backed up home screen.

In the beginning, the app had started with a small collection of themes which has grown big now and there numerous themes available for users to try out including some paid options.

Live wallpapers provide a nice alternate to the usual mobile phone’s screensaver. However, live wallpapers are not customisable. Also, stock live wallpapers in the Android put tremendous strain on the device’s processor while consuming a lot of battery power. But there are a couple of alternative wallpapers available on the Android Market but when it comes to offering utility along with functionality, WP Clock light is definitely one of the best choices you can make.

WP Clock Light is a live wallpaper application for Android devices that displays some of the very important information on screen while keeping the style quotient in mind. 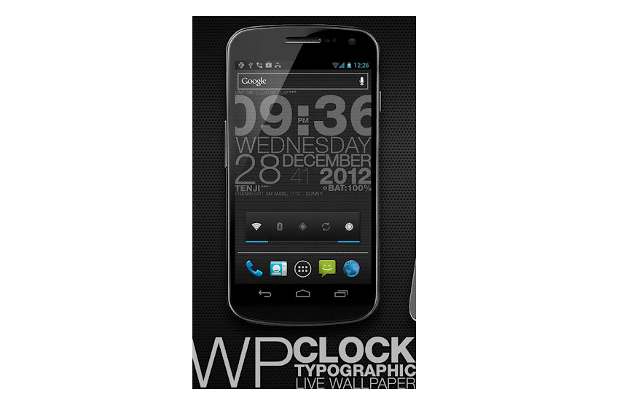 The wallpaper is a representation of a clock along with the full calendar showing the day and the year. All this is displayed on the screen in a lighter shade of grey with 30 per cent transparency in order not to hide the background. The display also included a digital battery meter and WiFi connectivity status indicator. It includes features like background customisation and font colour selection which gives an advanced level of customisation freedom.

WP Clock light is very smooth when it comes to operations and does not obstruct any application. It is, by default, not associated with native applications so if you have an automatic task killer or manager, this wallpaper will be killed every time you will try to optimise the system memory. But you can restart the application anyway.

Although keypads do not ornament the device but surely they help a lot in the way one utilises his smartphone or tablet. And the Touchpal keypad surely is a great application when it comes to both utility and functionality, and not to mention its better looks than the standard keypad.

Well the Touchpal Keyboard for Android looks a bit similar to the default keypad except a few additional buttons that crams up the keyboard a bit more by reducing the space bar size, but adds a whole new look and feel to the device which is unparalleled to any stock keyboard offered by the Android OS till now.

One of the best features of this application is the inclusion of the Swype type feature. The Touchpal keyboard for Android has one of the best and the most accurate Swype input engines that require the users to not to be so careful while typing allowing them to enjoy what they do.

Along with the Swype based input, the keyboard also presents word suggestions as you slide your finger on the keys. The keyboard suggests words to the users with the minimum possible input characters and the company claims that this technology allows users to save up to 80 per cent of typing.

Well not exactly 80 per cent but yes the word suggestions are accurate and quite impressive with least possible keystrokes. So overall it helps users in getting work done faster and with the minimum possible efforts.

Google has announced a new service – Androidify which allows Android users to create personalise avatars of the Android mascot of their liking, making it easier for anyone to have their own unique identity in the Android way.

The Androidify service allows users to control minutest details of the avatar and can modify it as they like. They can choose different body type, face size, hair type, colour, clothes accessories and even facial marks and scars from Androidify to make the mascot they want to see.

Androidify is available for all devices running Android version 2.1 and above. Google has made this service available absolutely free of cost so that all the Android users make use of it. No other operating system other than Android is allowed to use this and it will remain Android exclusive.

The avatars created using the Androidify application is primarily meant for the mobile devices, to be featured on home screens or as wallpapers but users can also share with friends through email or social networks so that it can be used as contact pictures and even can be downloaded on computers to be used in places of regular pictures.

Although devices have gone faster and display resolutions have increased multifold but the caller images have become smaller with time. Earlier with the Froyo and the Ã‰clair, the caller image used to be placed right in the box provided in the centre, which with passing time is getting smaller. 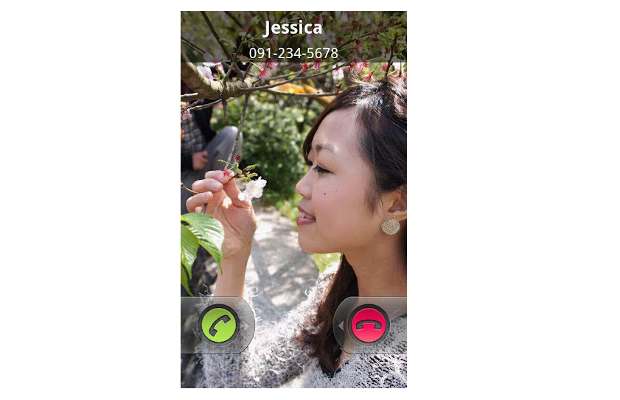 Well the problem of smaller caller images can easily be tackled with the HD caller ID application. The working of this application is very simple, it enlarges the images of the caller to a full screen mode.

Although many people might not like the idea of full screen caller ID images, there are many users out there who love the idea, and this application is strictly for those people.