The Oppo Reno 7 might be beautiful on the outside but there are a bunch of alternatives available which are powerful on the inside. 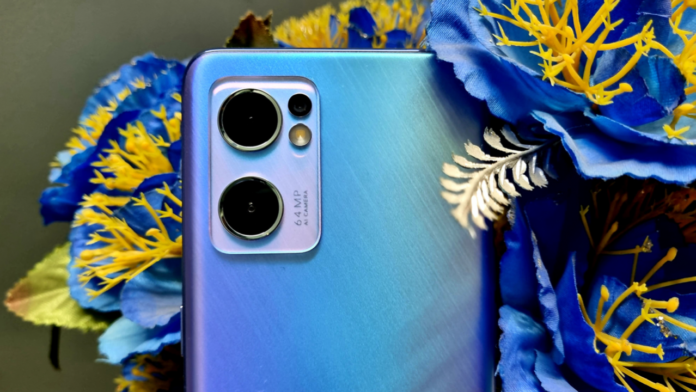 As beautiful as Oppo Reno 7 might look, the device is a bit on the pricier side and there are a few alternatives available in the market which might not be as good looking, but can offer a similar, or even better if not identical value for money. The Reno 7 is priced at Rs 28,999 for the single 8GB + 256GB variant and here are a few other options you can look at in the same price range:

Priced at Rs 29,999 for the 8GB + 128GB variant but available with an effective price of Rs 27,999 with a coupon, the iQOO 7 (Review) provides a better overall value than the Reno 7 and is one of the best alternatives if you often game on your smartphone. The iQOO 7 comes with a 6.62-inch punch-hole style FHD+ AMOLED display that comes with a touch sampling rate of 300Hz and a variable refresh rate of up to 120Hz and is also HDR10+ certified.

The device is powered by the Snapdragon 870 paired with 8GB/12GB of LPDDR5 RAM and 128GB/256GB of UFS3.1 storage. The company has done special performance tuning so the consumer can take the best advantage of the processor while gaming with heavy graphics.

For the optics, the device has a triple camera setup on the back including a 48MP primary shooter with OIS, a 13 ultrawide sensor with a 120-degree field of view and a 2MP B&W Mono sensor. There is a 16MP shooter on the front for selfies and video calls.

The smartphone is backed by a 4400mAh battery that supports 66W fast charging. The device also has dual stereo speakers with Hi-Res Audio certification. The iQOO 7 runs on iQOO UI based on Android 11 and has been upgraded to Android 12. Connectivity options include Wi-Fi 6, 5G, 4G LTE, Dual-SIM support, Bluetooth v5.1, NFC, and Type-C port.

The iQOO 7 seems a better option in almost every aspect except storage, which is 256GB on the Oppo Reno 7 and 128GB on iQOO 7. But this is compensated in terms of price as you are getting the iQOO 7 for Rs 1,000 less in comparison to Reno 7. Further, iQOO 7 is positioned as a flagship with the Snapdragon 870 SoC that makes it a much better performer in heavy tasks and especially gaming.

Moreover, iQOO 7 has a 4400mAh battery which is almost similar to Reno 7. You also get dual speakers with iQOO 7 in comparison to a single mono speaker on Oppo’s device. The display on the iQOO 7 is also better with a higher refresh rate and touch sampling rate.

Even if their software are more similar than ever, the value both OnePlus and Oppo provide in this price segment is still apart. Priced at Rs 29,999 for the 8GB + 128GB variant, which is just Rs 1,000 more expensive than Reno 7, the OnePlus Nord 2 not only has a better processor and faster storage, but also gives you other hardware perks such as an Alert Slider, a dual speaker setup with Dirac Audio and better haptics motor which results in an enhanced experience. After using both the devices in-person, we can say that the OnePlus Nord 2 has a much better overall value for money and is another one of the perfect alternatives to the Reno 7.

As for other specs, OnePlus Nord 2 sports a 6.43-inch FHD+ 90Hz AMOLED touchscreen. The display is HDR10+ certified with Gorilla Glass 5 protection. The MediaTek Dimensity 1200 AI chipset powers the smartphone. Further, up to 12GB of RAM and up to 256GB of UFS 3.1 storage.

The OnePlus Nord 2 has been launched with OxygenOS 11.3, whose codebase has been merged with ColorOS. The company has recently confirmed it will get 2 years of major software upgrades with 3 years of security patches. In addition, OnePlus Nord 2 5G has an in-display fingerprint sensor.

For optics, you get a triple camera setup on the rear. The sensors include a 50-megapixel Sony IMX766 primary sensor with OIS, an 8-megapixel wide-angle sensor, and a 2-megapixel Mono cam. On the front, there’s a 32MP Sony IMX615 camera for selfies. Moving on, it is backed up by a 4,500 mAh dual-cell battery with 65W fast charging. Connectivity options include Wi-Fi 6, 5G, 4G LTE, GPS, and USB Type-C port for charging.

The Realme GT Master Edition starts at Rs 26,999 for the 6GB + 128GB variant and goes up till Rs 29,999 for the 8GB + 256GB variant which is just Rs 1,000 more expensive than Reno 7. However, you get an identical software experience, a better display with higher refresh rate, touch sampling rate and brightness, dual speakers, and a slightly better processor in terms of specifications. You get all of this for a lesser price where you’ll have to sacrifice RAM and storage, but you can just spend Rs 1,000 more to get identical storage and RAM amounts as Reno 7 and a better overall device.

As for the specifications, the Realme GT Master Edition sports a 6.43-inch FHD+ sAMOLED display with a 120Hz refresh rate and an in-display fingerprint sensor. The phone is powered by the Qualcomm Snapdragon 778 5G chipset.

It gets 8GB/6GB RAM and 128/256GB storage. There is a 64MP primary sensor, an 8MP ultra-wide lens, and a 2MP depth sensor on the back. In addition, there is a 32-megapixel front-facing shooter.

The phone is backed by a 4,300mAh battery with 65W SuperDart fast charging support. In addition, the Realme GT Master Edition will ship with Android 11-based Realme UI 2.0. The phone measures 8mm in thickness and weighs 174 grams.

The next in the list of our alternatives for the Oppo Reno 7 is the Samsung Galaxy M52. The Galaxy M52 received a price cut last year after which it can be considered as one of the most value for money phones from Samsung. The device retails on Amazon for Rs 24,999 for the 6GB + 128GB variant and Rs 26,999 for the 8GB + 128GB variant. Comparatively, this one has a better display than the Reno 7 with higher refresh rate, a bigger battery, and a better processor as well.

The Galaxy M52 features a 6.7-inch full HD+ Super AMOLED display with 1080×2400 pixels resolution. Further, the display comes with a 120Hz refresh rate. It packs the Qualcomm Snapdragon 778G SoC which is paired with the Adreno 642L GPU. It has up to 8GB RAM and 128GB storage. The storage is expandable up to 1TB via a microSD card.

The device features a 6.67-inch AMOLED display with 1,080 x 2,400 pixels resolution and a 120Hz refresh rate. Further, there will be a 360Hz touch sampling rate, 1200 nits of brightness, Gorilla Glass 5 protection and a punch hole at the front. It is powered by an octa-core MediaTek Dimensity 920 SoC. The chipset is paired with up to 8GB of LPDDR4x RAM and up to 128GB of UFS 2.2 storage.

At the rear, Xiaomi 11i HyperCharge comes with a triple-camera setup. This setup includes a 108-megapixel primary sensor. In addition, there is an 8-megapixel ultrawide cam with 120-degree FoV (Field of view) and a 2-megapixel macro camera. The front-facing camera has a 16-megapixel sensor.

Xiaomi 11i HyperCharge packs a 4,500mAh battery with 120W fast charging support which Xiaomi claims can charge the smartphone from 0 to 100 in mere 15 minutes. It runs on MIUI 12.5 Enhanced based on Android 11. Xiaomi also says that these devices will receive MIUI 13 update in the future.

The USP of the 11i HyperCharge from Xiaomi is one of its biggest advantages over any phone in the Indian market right now is its 120W fast charging. Further, it gets a better display with higher touch sampling rate and refresh rate, resulting in an even smoother experience. It also gets much brighter than the display on the Reno 7. Moreover, there’s a better processor, dual speakers with Dolby Atmos, IP53 rating, and a liquid cooling system as well.

So this was our list of alternatives for the Oppo Reno 7 which we feel provide a much better value than itself. These devices range from those having a flagship SoC to a similar SoC as Reno 7, along with other specifications that are faster and much more enhanced. We didn’t include cameras and software in the comparison because each one of them has a different set of cameras that requires side by side differentiation for a verdict. As for software, it depends on personal preferences and liking as to which one is more appealing to the user.