The new soundbar has a 10-hour playback time. 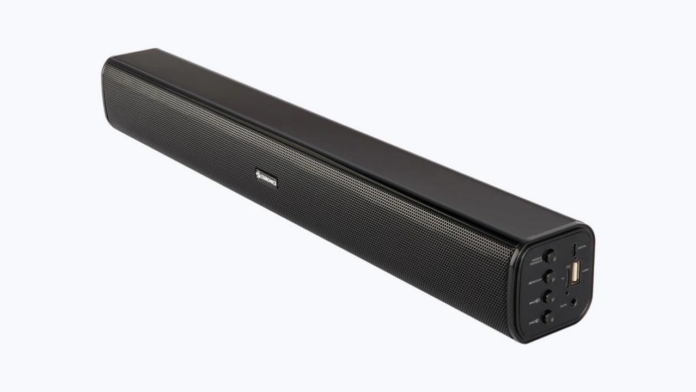 Zebronics has launched a new soundbar in India with model name Zeb-Vita Pro. The soundbar comes with up to 10-hours of playback time and is a successor to the Zeb-Vita soundbar. The soundbar has an Audio output of 24W and comes with support for multiple connectivity options.

The Zeb-Vita Pro Soundbar has Bluetooth 5.0 using which it can connect wirelessly to other devices. The portable soundbar has dual 52mm drivers that offer 24W combined output. Connectivity options include AUX/ USB/ micro SD card ports. The built-in battery is claimed to offer up to 10 hours of playback on a full charge and can charge in under 4 hours. Further, you also get media and volume controls.

Furthermore, the soundbar has a built-in FM radio if users want to listen to it. The speaker impedance of the Zeb-Vita Pro soundbar is 4 Ohms and the device supports up to 34GB of memory via the micro SD card. Audio formats that are supported by the Zebronics Zeb-Vita Pro are MP3, WAV, and WMA.

As for other recent launches, Zebronics also unveiled a new smartwatch in India yesterday, dubbed as ZEB-FIT280CH. The smartwatch comes with a 3.55cms full touch square display. It comes with features like real-time blood pressure monitoring, oxygen saturation (Sp02), continuous heart rate monitoring so you can keep track of your health data. Further, Bluetooth v5.0 gives you the assurance of a stable connection with your smartphone.