Instagram Reels and YouTube Shorts are based on the same concept but differ vastly from each other. Which one’s the better out of the two? 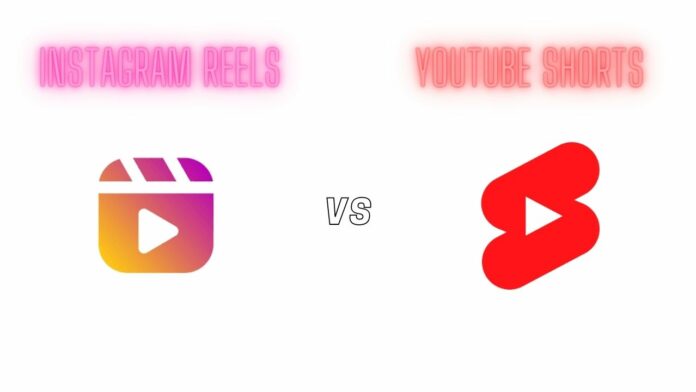 In today’s era of digitisation, there are a bunch of modes to serve your entertainment needs and short-form video content is one of them. These type of videos are short, precise, and are aimed to deliver as much content as possible within a minute and a half. Two major players in this space include the YouTube Shorts and Instagram Reels. There would have been a third one called TikTok but considering its not available in India, the comparison between the other two would be much more practical. Amongst YouTube Shorts and Instagram Reels, which one has the X-factor? Let’s try to answer that.

YouTube Shorts were introduced last year in 2021 and since then, the video length has been limited to 60 seconds in the portrait orientation. YouTube Shorts were introduced at a point when Instagram Reels and TikTok were already dominant in the short-form video space. To rival those, YouTube came up with Shorts, leveraging its large userbase consisting of over 2 billion users. YouTube says it gets 15 billion Shorts views on a daily basis.

YouTube also had a major advantage as creators already had a sense of what to create because of TikTok and Instagram Reels. However, while some users adapted to the new Shorts feature soon, some still haven’t. YouTube creators such as MKBHD, Mr Beast, and more have started making dedicated Reels for their channels and show content which they feel do not require a long-form video and a short one would suffice.

Further, another advantage for YouTube is that people can switch over to the regular long YouTube videos if they get bored of Shorts. Moreover, the experience is baked right into the app so users do not have to download separate one. In addition, YouTube has started pushing its Shorts platform to TVs as well, something that is not possible with TikTok and Instagram Reels.

Next, if you have YouTube Premium, you will have an ad-free experience which is again not possible with Instagram Reels. As for the viewing experience, the swiping up or down gesture remains the same. The algorithm seems to be picking content based on what I watch the most on regular YouTube including tech shorts and automobile related shorts. I also watch comedy stuff but I haven’t seen that coming up much on my feed.

Furthermore, some content that is shown also gets repetitive but that’s very rare. As for another upside to Shorts, you can get full access to your watch history without needing to request all your data, such as in the case of Instagram. Apart from that, there’s a dislike button you can use so YouTube knows what not to recommend. I have noticed this feature works quite well with the algorithm and since then, I haven’t seen any videos which I told YouTube I didn’t like.

Instagram has been in the short-form video business since 2020 and leveraging the ban of TikTok in India, it soon became the TikTok alternative in the country. The Reels platform launched with a 15-second, 30-second video length options which was increased to 60 seconds afterwards and currently you can record a Reel of up to 90-seconds. As of 2022, the platform has over two billion users and the company says that 91% of its two billion users watch at least one reel every week.

Instagram was one of the first major platforms to copy TikTok’s idea and implement it in the form of Reels. Facebook, which owns Instagram, took advantage of Reels’ large userbase and implemented the same in its own app earlier last year. With the help of this move, Reels became even more widely accessible.

Another advantage Instagram and Facebook Reels have is that users have more content to look forward to apart from just short videos. Users can look at other people’s photos and stories, while on Facebook, you have other longer videos, photos, posts, and news feed content which varies from person to person.

In my usage, I feel Instagram Reels learned my likings and dislikes very quickly. It knows what I would prefer to watch and shows me similar content. Furthermore, I don’t recall seeing the same video twice while scrolling which is again a good sign in my opinion. This way, you don’t see repetitive videos but similar ones. In my usage, I feel users get more creative with Instagram Reels than with YouTube Shorts as on the latter, people sometimes just post a clip of their long-form video which doesn’t defeat the purpose of short videos.

One of the things that I don’t like much about Instagram Reels is that it shows a lot of ads. Once you begin your swiping streak, Instagram will not let you swipe through videos peacefully without showing you at least one ad in between every 5 Reels. When we compare Reels to YouTube Shorts, the latter has an advantage as it can remove all ads with the YouTube Premium plan, thereby adding value to the subscription.

Further, Instagram has an indirect dislike button called ’Not Interested’, which is buried inside the three-dot menu and that isn’t something I like. It should be placed at the front where the user can quickly press it. With Instagram, though, I had a better experience as it not only learned by habits quickly but also kept me up with the trends.

On the other hand, YouTube Shorts feels like an extension to regular YouTube, which shows you content based on your watch history. Because of this, it takes time for it to learn, and you also need to watch fresh new content. Many prefer this approach over Reels’ which makes YouTube Shorts perfect for them.

But until Shorts can show me a wider variety of short-form videos, I would always turn to Instagram Reels if I ever want to watch memes, automobile videos, tech and more.