YouTube introduces new UI for video player along with gestures

YouTube has introduced a new UI change for the YouTube mobile app where you get buttons for Closed captions and Auto Play, along with a new gesture to enter full screen mode and more.

YouTube is now introducing a minor overhaul for the video player on the Android app along with some new gestures to improve the video viewing experience.

The new gestures included in the revamp include a gesture where you can swipe up on the video to enter the full-screen mode. And you can swipe down to exit the full screen mode which has been there in the app since quite a while now. The change in the UI of the player will now include some buttons for one of the important settings so you can quickly reach them without much digging.

A closed captions button which was earlier present in the 3-dot menu is now getting its own separate button in the player on the top right so you can switch captions ON or OFF in a quick manner.

The Auto Play toggle that was present in the 3-dot menu same as captions, will also now be available at the top right for you to easily turn ON or OFF the auto-play functionality. YouTube says it will be testing the same on desktop too.

Another new feature is the introduction of a list view for the chapter titles (time stamps for certain points in the video) that you can find by tapping or clicking the chapter title in the player. You’ll be able to see a complete list of all chapters included in the video you’re watching, each with a preview thumbnail of what you’ll find in that chapter. 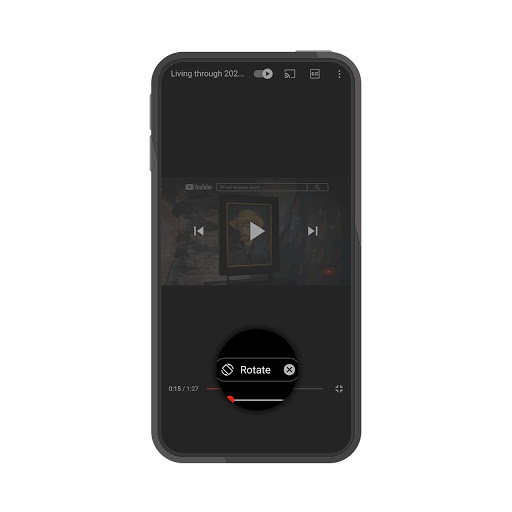 YouTube is also rolling out suggested actions, which prompt you to rotate your phone or play a video in VR when YouTube thinks you can have a better experience.

All of these UI changes and updates should start rolling out today for the YouTube Mobile App.

Netflix, YouTube, Disney+, Spotify and more will be on Sony PlayStation 5 at launch