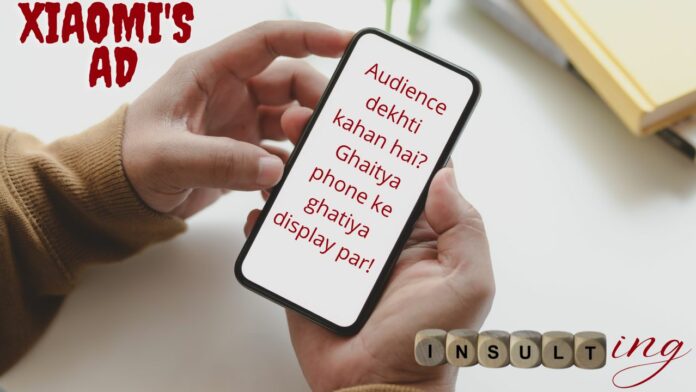 When Xiaomi first came to India, the brand did not use traditional means of advertising for the longest time. In an industry where advertising was supposed to be the only way to get your message across to your audience, Xiaomi proved it could manage otherwise quite effortlessly.

When the brand got comfortable in the Indian market, it came out with some really good ad campaigns. Among these was one of our favourite tech ad campaigns of all time – ‘Naya Note.’ The brand used the demonetisation angle and made a very timely and creative ad campaign for the then-releasing Redmi Note series. Fast forward to 2022, and Xiaomi has released yet another ad for its latest Redmi Note series, the Redmi Note 11 series. The 45-second long ad features famous Bollywood director Anurag Kashyap and actress Vani Kapoor and is part of what Xiaomi calls the #ScreenSahiTohSceneSahi campaign.

In the ad, Kashyap is seen recording a scene with Vani Kapoor’s body double. When asked why he is doing so when he has the actress sitting next to him, he mentions that it does not matter since the audience will end up seeing it on a poor-quality display anyway. The real Vani Kapoor then interjects and tells him how the audience is now using the Redmi Note 11 series and watching content on AMOLED displays, highlighting the capabilities of the AMOLED display on the Note 11 series smartphones.

This is followed by very templatised close-ups of the product bundled with rather routine music and a voice-over. Kashyap then tells Vani to get on camera (as it is implied that he realises that the audience will be watching on AMOLED displays on the Note).

Not very well designed and executed

Now, some of the ads Xiaomi has created in the past have been creative marvels, but the latest ad by the brand, unfortunately, misses the mark by a big margin. Many brands highlight one or more USPs of their products while advertising and Xiaomi has done the same with this ad by highlighting AMOLED displays on the Redmi Note 11 series smartphones. However, the ad itself is not really compelling to watch.

It is one of those ads which seems like an afterthought, like someone just got an idea, threw things together and decided to create an ad. Most of the ad does not even discuss the product, which is the Redmi Note 11 series or even the USP it wants to highlight, the AMOLED displays, till the very end. There is also no real build-up to the climax, and even the end with Kashyap asking Vani to go in front of the camera does not have any real impact – in fact, it comes so late in the ad that some people might miss it altogether.

The biggest problem we have with the ad, however, is the disrespect that is thrown so blatantly in the faces of a large user base. When one of his assistants says he is misleading the audience by using a duplicate of Vani Kapoor, Anurag Kashyap snaps (with an expletive earlier for good measure):

“Audience dekhti kahan hai? Ghaitya phone ke ghatiya display par! Ab asli waali Vani daaloon ya duplicate waali, audience to bajayegi taali.” (Where does the audience see this? On a bad quality phone’s bad quality display. It makes no difference whether I use a real Vani or a duplicate, the audience will applaud.)

To say that we find this distressing and objectionable is an understatement. The ad insinuates that unless people use phones with AMOLED displays, they will not be able to tell apart the difference between real Vani Kapoor and her body double, literally questioning the intelligence of the audience. It is an incredibly insensitive remark to make when the majority of phones being used in the market are still non-AMOLED – and non-Xiaomi – ones. It also makes one wonder if AMOLED displays are so important, then why the Redmi brand flagship is the Redmi K50i, which does not have an AMOLED display!

Ghatiya or badhiya ad? No prizes for guessing

It is very surprising to see a brand like Xiaomi, which thrived without mainstream advertising for the longest time and then launched some really good ad campaigns coming up with this sort of ad. The ad does not have any real weight to it and is actually quite forgettable. Replace the Xiaomi branding with some other phone or brand and this ad could actually be the ad for any XYZ brand or product. There is nothing authentically Xiaomi about it.

We would have made our peace with it, thinking every brand releases a less-than-good ad once in a while, but the implication about consumers and the tone in which it is made makes this a below-average ad, almost bad. There was not even a single thing we could pick out that seemed like it worked. The music from the get-go to the settings topped with that disrespectful tone for non-AMOLED using consumers is really a recipe for a bad ad. Even the two high-profile celebrities Xiaomi has used are unable to save it.

We think Xiaomi missed a note-able opportunity here. We also wonder why the brand would hype up AMOLED less than a month after asking users to “live extreme” with a phone with an LCD display. Extreme-ly bad idea. No matter which ghatiya or badhiya display you see it on! 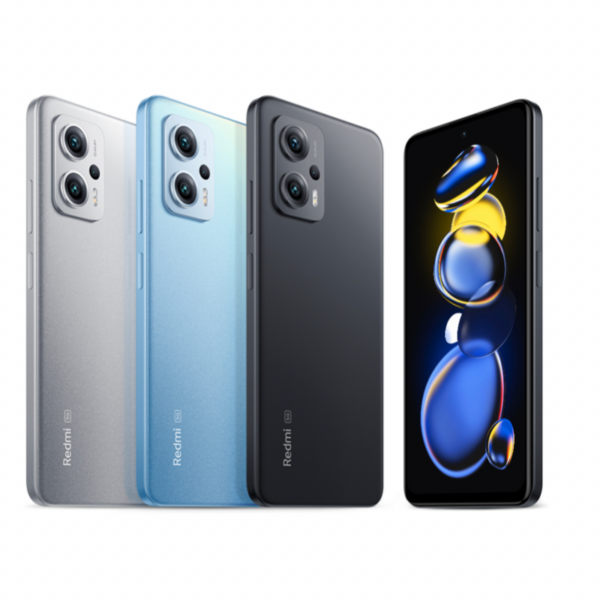