Xiaomi Pad 5 to launch in India on April 27

Xiaomi Pad 5 launch date in India is April 27. It will launch alongside the Xiaomi 12 Pro in the country next week. 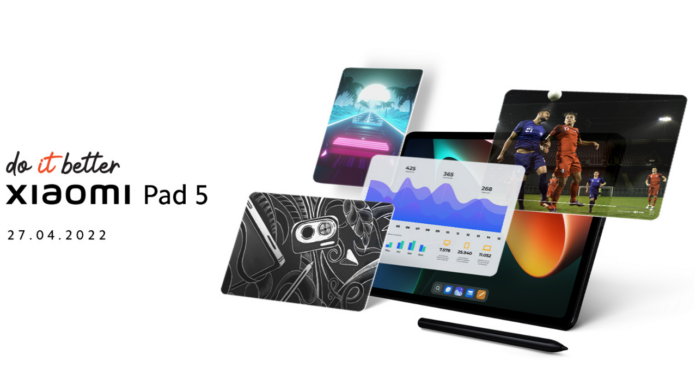 Xiaomi has today confirmed to launch its next tablet called Xiaomi Pad 5 in India on April 27. The company is also launching Xiaomi 12 Pro on same day in the country. So Xiaomi Pad 5 will finally make its debut in the Indian market on April 27 alongside the Xiaomi 12 Pro.

Xiaomi has also has created a dedicated page for the upcoming Xiaomi tablet with a “Notify Me” button. It is also confirmed to be available from Amazon India.

For optics, the Xiaomi Pad 5 comes with a 13-megapixel camera sensor at the back, an LED flash, and an 8-megapixel selfie camera at the front with 1080p recording.

The tablet is backed by an 8,720mAh battery that supports 33W fast charging. Xiaomi claims it offers up to 10 hours of gaming, 16 hours of video playback, and 5 days of music playback.