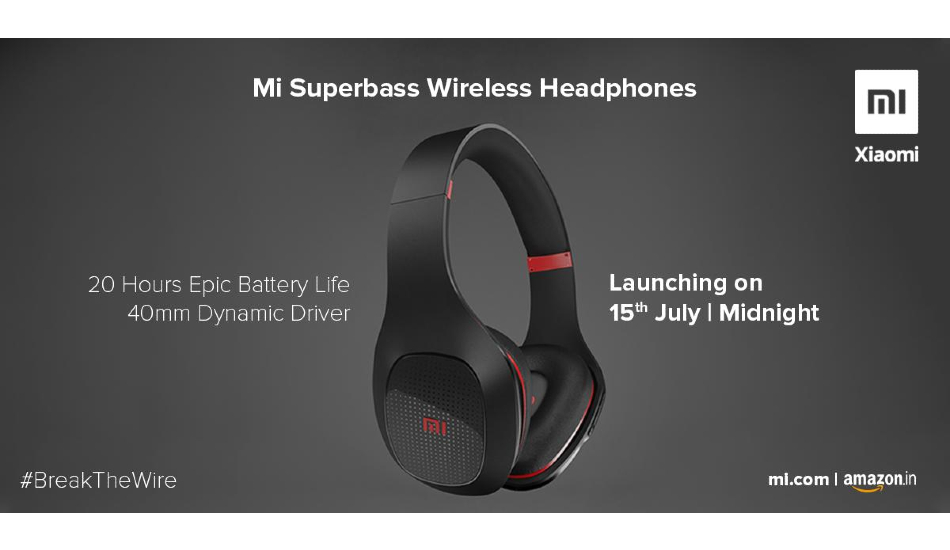 The Mi Super Bass Wireless headphone is now available for purchase through Amazon.in and mi.com.

The headphone gets its power from 400mAh battery, which claims up to 20-hours of playback time (at 80% volume) that allows users to listen to up to 300 songs on a single charge. It has 200 hours of standby time and comes equipped with 40mm dynamic audio drivers for high-performance bass output.

It has Bluetooth 5.0 connectivity option to connect to nearby devices and works with voice assistant as well. It comes with Intuitive ear-cup controls for attending calls, play/pause music, switch to previous/next tracks.

It has pressure-less earmuffs, which are made of soundproof PU material. Mi Super Bass wireless headphones can be used while wired as well. It has a MicroUSB port and weighs 150 grams. The headphone’s battery charging time is 2 hours.