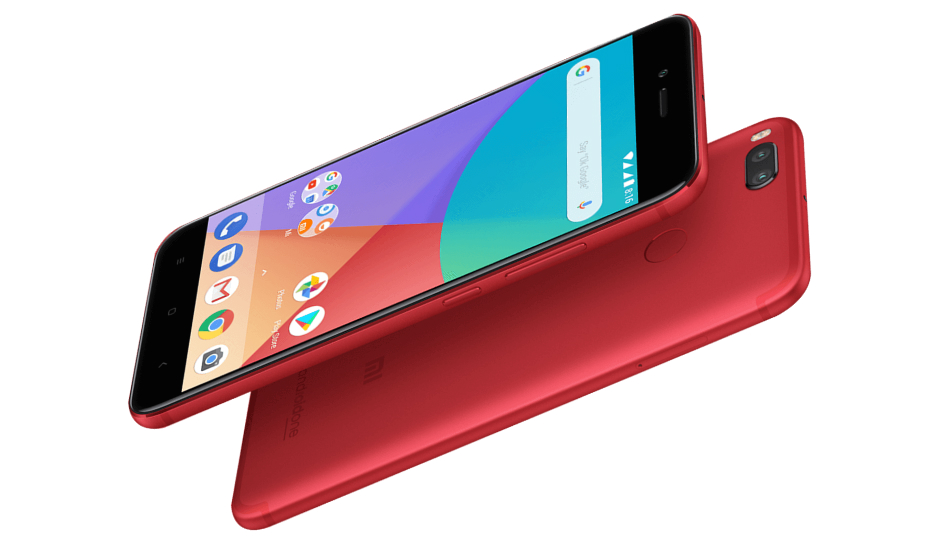 The update weighs in at 1,074MB and is currently being rolled out to Mi A1 users across India and shifts the firmware on the Android One device to Android 9 Pie. It also adds a couple of features including Dual 4G VoLTE functionality and FM Radio.

About a month after the Mi A2 was seeded with a beta update to Google’s latest mobile OS, it’s now time for the Xiaomi Mi A1 to get a taste of Android 9 Pie. The update comes nearly two months after the device was spotted at Geekbench running the interface and brings with it all the latest features from Google and Xiaomi as well.

The update weighs in at 1,074MB and is currently being rolled out to Mi A1 users across India, Netherlands and Belgium, meaning the phased rollout will be followed by a wider release of the latest firmware. The update shifts the firmware on the Android One device to Android 9 Pie and also adds a couple of features including Dual 4G VoLTE functionality and FM Radio.

Dual 4G VoLTE on the Mi A1 will allow users to make calls and remain active on 4G internet at the same time on both the SIM cards. The feature can be activated on the device by heading over to Settings > Network & Internet > Mobile Network and toggling the second network to 4G to enjoy Dual 4G on your Mi A1 device. 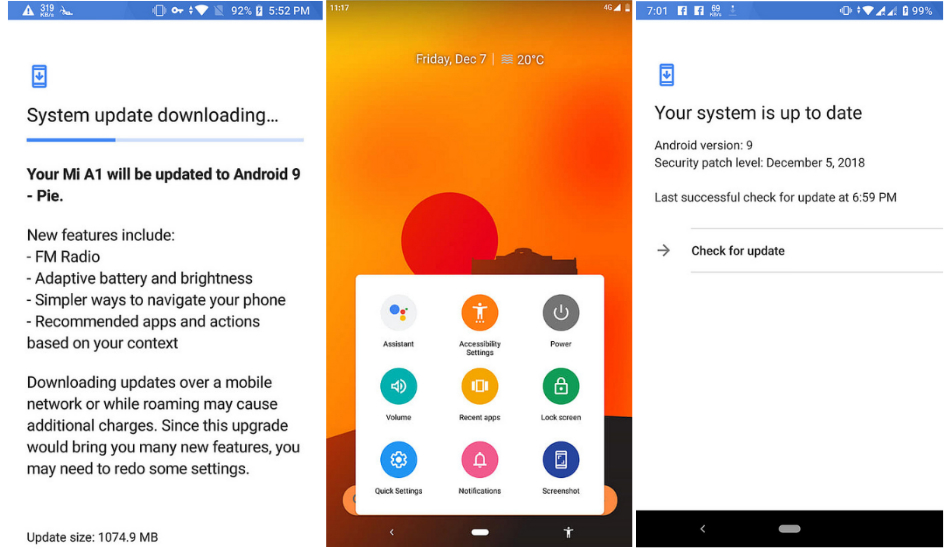 With the latest Android 9.0 Pie version, users will get new gesture-based navigation coupled with new wellness features like Dashboard, which analyses the amount of time one speed on an application. The Pie update also brings new DND mode that turns the display in greyscale, while the Wind Down mode switches on Night Light when you are going to bed. Apart from this, there are new gesture controls, a new pill-shaped icon for navigations, refined notifications and Quick Settings, vertical volume controls and new power menu among others.

Additionally, the update also features an FM Radio app which the users can tune in to. The functionality was unavailable by default on the Android One phone and wasn’t accessible either on Android Nougat or Android Oreo.

To recall, Xiaomi introduced its first Android One smartphone with the release of the Mi A1 last year in partnership with Google to introduce options that let customers opt for a stock version of the latest Android OS. The device sports a metallic unibody and features a 5.5-inch Full HD display with a screen resolution of 1920 x 1080 pixels along with Corning Gorilla Glass protection. The device is just 7mm thin and weighs 168 grams. Under the hood, the device is powered by an octa-core Qualcomm Snapdragon 625 processor along with a 4GB of RAM and 64GB of internal storage.