As per rumours, the Xiaomi Mi 6X will be featuring Xiaomi’s in-house Surge processor instead of the Qualcomm Snapdragon processor.

An alleged transparent back cover of a smartphone has surfaced online which is said to be of Xiaomi Mi 6X. The leaked case has been posted by Slashleaks which first appeared on Chinese microblogging website, Weibo. The Xiaomi Mi 6X is believed to the successor of Xiaomi Mi 6 which was launched in China earlier this year. 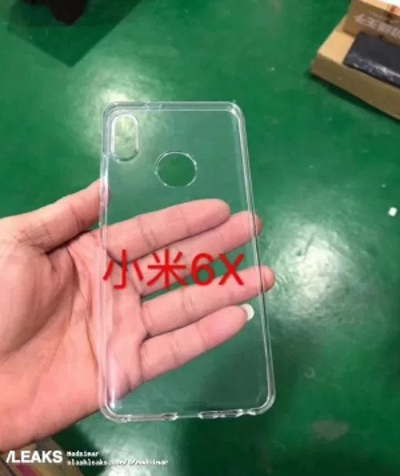 The leaked cover reveals that the Xiaomi Mi 6X will be having a dual rear camera set up. The dual cameras are vertically aligned at the back which is similar to the camera placement design of the latest Apple iPhone X. One another notable feature in the Mi 6X leaked case is the presence of fingerprint sensor at the back. So we expect that the device might be having a full-screen display keeping the current trend of bezel-less display smartphones in the market.

As per rumours, the Xiaomi Mi 6X will be featuring Xiaomi’s in-house Surge processor instead of the Qualcomm Snapdragon processor. We advise our readers to take this info with a pinch of salt as Xiaomi is yet to officially announce the existence of Mi 6X.

Meanwhile, Xiaomi’s highly anticipated smartphone Redmi Note 5 is actually Redmi 5 Plus, as per a recent report. Xiaomi launched Redmi 5 and Redmi 5 Plus smartphones in China earlier this month. The Redmi 5 Plus is priced at 999 Yuan (approximately Rs 9,745) for 3GB with 32GB of internal storage variant while 4GB variant with 32GB of internal storage is priced at 1299 Yuan (approximately Rs 12,675). Since the Xiaomi Redmi Note 4 was launched in India in January this year, we expect the Redmi 5 Plus to launch as Redmi Note 5 in January next year in India.