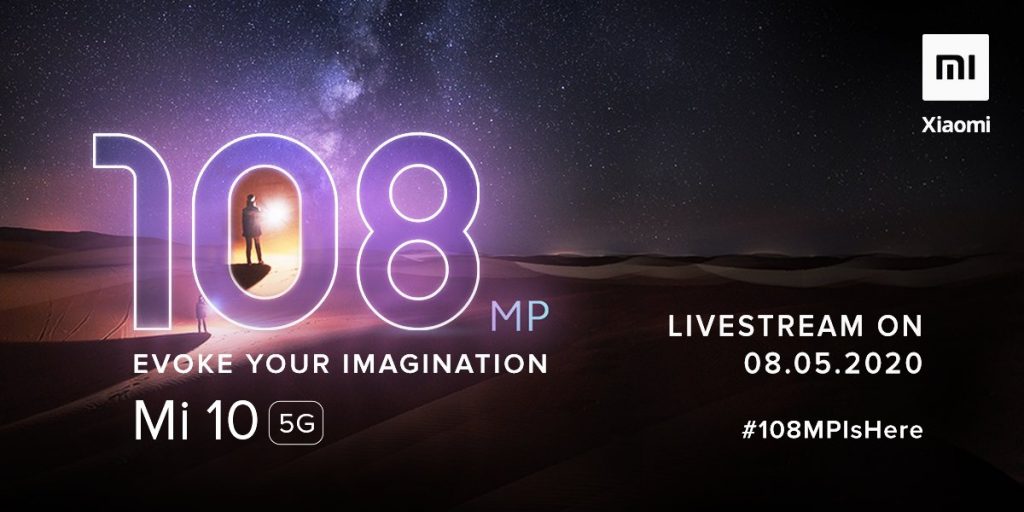 Xiaomi has today announced that its Mi 10 smartphone with 108-megapixel camera will launch in India on May 8. The phone will go on sale on Amazon India. This comes after the phone was recently teased to launch in India soon.

The launch date has been announced by Xiaomi India head, Manu Kumar Jain on his Twitter handle. The tweet reads “Mi fans, here’s the date you all have been waiting for.#Mi10 is launching on MAY 8. And…we’ve more than the #108MP phone lined up for you. RT with #108MPIsHere if you are excited #Xiaomi”.

Xiaomi Mi 10 5G was scheduled to launch in India on March 31. But the launch was postponed due Coronavirus crisis in the country. To recall, the Chinese tech giant launched the Xiaomi Mi 10 and Mi 10 Pro in China earlier this year.

According to a previous tweet by Manu, the phone will have ‘different pricing’ in India as compared to China due to factors like recent GST hike and depreciating rupee value and more. In Chine, the price starts at 3999 Yuan (Rs 42,385 approx.).

For the camera front, there is a quad rear camera setup with a combination of 108-megapixel main camera with a 7-element lens, 1/1.33-inch sensor, and OIS support, 13-megapixel wide-angle lens with a 123-degree field of view and f/2.4 aperture, and a pair of 2-megapixel cameras with f/2.4 lenses. There is a single 20-megapixel camera for selfies for the front.