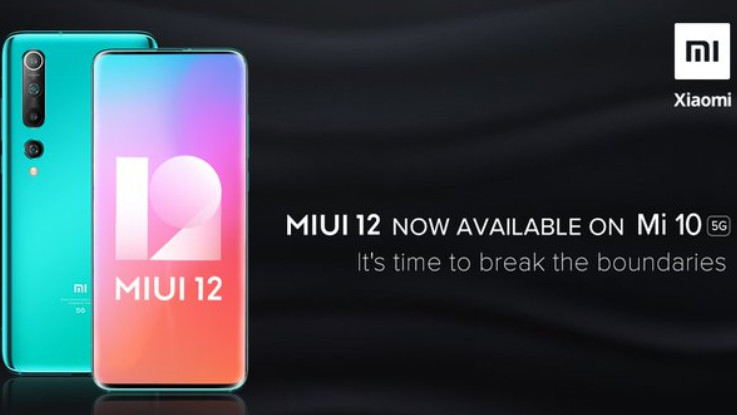 The company has started rolling out the latest update to its flagship smartphone, the Mi 10.

Xiaomi recently announced the launch of its latest MIUI 12 user interface. Now, the company has started rolling out the latest update to its flagship smartphone, the Mi 10.

The company announced this information on its official Twitter handle. The tweet reads, “ Mi fans, #MIUI12 is now available on Mi 10. MIUI 12 version V12.0.2.0 has been released for #Mi10 users in a phased manner. Look out for the update on your Mi 10.” The company has confirmed that the update is rolling out in phases, meaning that it will reach a set number of users in a timely manner.

The smartphone is fuelled by a 4,780mAh battery with support for 30W wired charging and 30W wireless charging. The Mi 10 runs MIUI 11, based on Android 10. It comes with an in-display fingerprint sensor as well. Connectivity options include 5G SA/NSA Dual 4G VoLTE, WiFi 6 802.11 ax, Bluetooth 5.1, GPS, NFC, USB Type-C.

The cameras are the big highlight of Xiaomi Mi 10, with the phone getting a 108-megapixel lens as the primary sensor. Mi 10 sports a quad-camera setup with a 108-megapixel primary sensor with a 7-element lens, 1/1.33-inch sensor, and OIS support, 13-megapixel wide-angle lens with a 123-degree field of view and f/2.4 aperture, and a pair of 2-megapixel cameras with f/2.4 lenses. There is a 20-megapixel selfie camera up front.