Is Nubia serious about its reentry in the Indian market 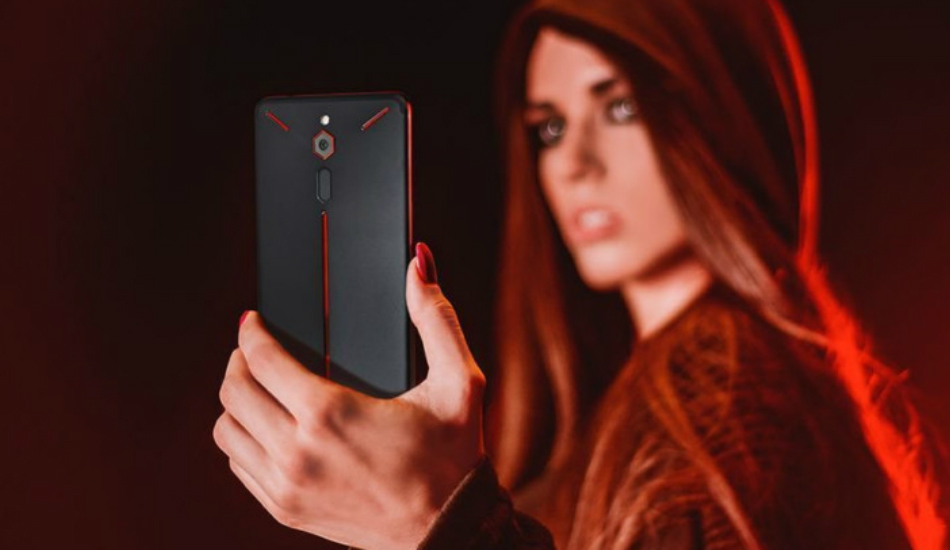 Nubia is all set to enter the smartphone market after being silent for almost two years.

Nubia, ex sub-brand of ZTE, is all set to once again jump into the smartphone business in India with a launch scheduled in the month of May. The company has already confirmed that it will be launching the latest flexible Alpha smartwatch, a new gaming smartphone and wireless earbuds in the country in May.

It may be recalled, Nubia is all set to enter the smartphone market after being silent for almost two years. This time, the company has shifted its focus from the cameras to the gaming department. However, will it be a successful move or will it be just another failed attempt? Although it is too early to comment on this situation, looking at the past experience of Nubia as a brand, things will be pretty difficult for the Chinese player.

How it all started!

Nubia brand was originally announced by the ZTE in 2012. The company was formed to create smartphones that were cheaper as compared to ZTE model and it largely focused on the camera department. The company introduced a slew of products when it was a subsidiary of the ZTE. However, in 2015, Nubia became an independent brand while maintaining close ties with its parent company.

In the same year, Nubia entered the Indian smartphone market. The company introduced its first smartphone in India, known as Nubia Z9 Mini. With this, the brand showed its expertise in the filed of cameras and premium design. The phone garnered some lucrative response from the market and the brand showed its prowess in the camera department, which attracted many users.

Next in the line was Nubia Z11 Mini in the budget segment and it once again stressed on the photography part, which was particularly left out by the other brands at that time. Both the models from the company gave it some courage to enter and expand its business in the Indian smartphone market, which was booming at an exponential speed at that time. However, it made its presence in the market by launching its flagship product, the Nubia Z11 in December 2016.

The smartphone came with new innovations that no other was offering at the price point., thus giving the brand the much-needed push. The phone was a first in its price band to offer bezel-less display along with a Frame Interactive technology, that allowed gestures like switching apps, taking a screenshot and more, right with a simple swipe from the edges. It gave serious competition to the OnePlus 3T and some other Samsung smartphones. The company then introduced a slew of more products in the budget segment and mid-range segment.

And then the downfall began!

However, in 2016, Sunning Holdings Group Ltd. acquired 33.33 per cent stakes in the Nubia Technology Limited, which send out clear signals that Nubia was struggling to maintain its position in its home country. At that time, ZTE held 60 percent of share in Nubia. However, the following year, Nubia struggled with the competition continued. Lastly, in 2017, ZTE announced it sold 10.1 of its share to investors. Therefore, Nubia was now known as ZTE associate company and not a subsidiary. The major reason behind ZTE decision of liquidating stocks from Nubia was the fact that it was struggling to make some profits and its end of the become a liability for the company.

Why didn’t it succeed in India in 1st innings:

2015: Value for money proposition was missing!

When the company started its operation in 2015 in the country, many believed that it could be a successful brand with some promising smartphones launched in the Chinese market and many hoped that it will bring the same to Indian shores. However, that didn’t happen. In 2015, when it introduced its first smartphone, the Nubia Z9 Mini for Rs 16,999, many thought it was that great value for money smartphone. But sales were mediocre.

Interestingly, Xiaomi entered a year before and during the year 2015, we saw some really great smartphones from Xiaomi that were disrupting the whole smartphone market with its value-for-money proposition. Xiaomi introduced the Mi 4, which skyrocketed the company to new heights. Another company that was dominating that time was Lenovo and Motorola. Both the companies were actively launching smartphones and both of them had high brand recall value as they delivered what they promised.

Secondly, the company put little efforts in the after-sale support, while we saw brands like Xiaomi, Lenovo and Motorola aggressively working on this area to improve their quality of service. This resulted in customers trusting these brands and interest towards Nubia was slowly fading out.

2016: The intensity of launches was not up to the mark

During this year, we saw multiple brands like Xiaomi, Vivo and Oppo aggressively launching smartphones at regular interval of time. However, the same was not the case with Nubia. Nubia introduced three models in India during the whole year of 2016. The models included the Nubia Z11 Mini, Z11 and N1. To give you a context, Xiaomi during the same year introduced more than seven smartphones along with a host of accessories like power banks in India. Oppo and Vivo focused majorly in improving the offline presence in the country and both the brands grabbed a bigger share of retailers in the year of 2016. However, Nubia was pretty in a confused state as it remained silent for almost the first half of 2016 and latter introduced products by the end of 2016.One of the major reason for the downfall for the brand was the lack of recognition.

This coupled with lack of Indian-specific strategy failed to create any brand reputation, whereas brands like Oppo and Vivo marketed their products pretty well and worked extensively in making a brand value proposition for its customers. Another area where the brand lacked was the rollout of timely updates. If you look at Nubia past record of rolling out updates to its model in India, it is quite disappointing. Most of its smartphones ran with an older version of Android, while the competition was offering newer versions. Furthermore, the user interface was not as refined as we have seen from other Chinese players.

Thirdly, the brand was pretty silent on the marketing part. At that time other brands like Oppo, Vivo, Honor and even Gionee spending a sizeable chunk on marketing, Nubia was pretty weak in this aspect as well. This hampered in its brand recall value, a key ingredient needed for a brand to thrive. Lastly, after-sales support and service centres was another area where many customers were sceptical in nature. Although the company partnered with B2X in 2017 as its official service partner, it failed to build up the trust with the customers about providing decent after sales support services. This, at the end of the day, resulted in a failure in the Indian smartphone landscape and it got cornered by the competition quite easily.

A gargantuan shift from camera to gaming

Nubia also faced some fierce competition in its homeland with other Chinese players grabbing a sizeable chunk of the market. This forced the company to adopt a new vision and strategy. That’s why the company shifted its focus from the camera to a newer yet full of the potential segment, gaming. Nubia introduced its first gaming smartphone, the Red Magic. The phone was designed with a simple purpose in mind: Gaming. The company saw some good potential in this segment and at that time not many handset players were keen to tap this market expect Xiaomi’s Black Shark. Since then, the company has launched a quite of few gaming-centric smartphones and it is currently banking high on this segment.

Way ahead for the Indian market

Nubia is now all set to once again make its presence felt in the Indian smartphone market with its latest offering, a gaming smartphone. The company is once again tapping a segment, which is set to be popularised in India. With games like PUBG Mobile, Fortnite and more, the multiplayer games are becoming a rage in the country. People are now demanding for a smartphone, which is not looking premium-looking but it should also come with top-of-the-line hardware so that they enjoy playing games without any stutter or lag. This is where gaming smartphones can create some good opportunity for the brand.

There are not many gaming smartphones available in India, which is why it is a golden opportunity for Nubia to grab some market share. We already know that Xiaomi is planning to bring its gaming series, the Black Shark, in India, while Asus has recently launched its ROG Phone. Nubia can still survive in this segment if it can bring the upcoming device at an aggressive price point and better positioning. The company needs to learn from its mistake and this time, it needs to work on developing a community where it can listen to its customers and work on the loose ends effectively. Furthermore, the brand needs to roll out updates on a timely basis as it is becoming a major concern for the customers.

The brand should be working on creating its brand recall value and should work with campaigns for creating much-needed brand awareness.Apart from this, the company need to push stronger for creating a strong network of service centres and after-sales support. This all can be possible if the brand is willing to work proactively and aggressively creating awareness about its new products.