Will Hero Karizma ZMR in new avtaar make a mark? 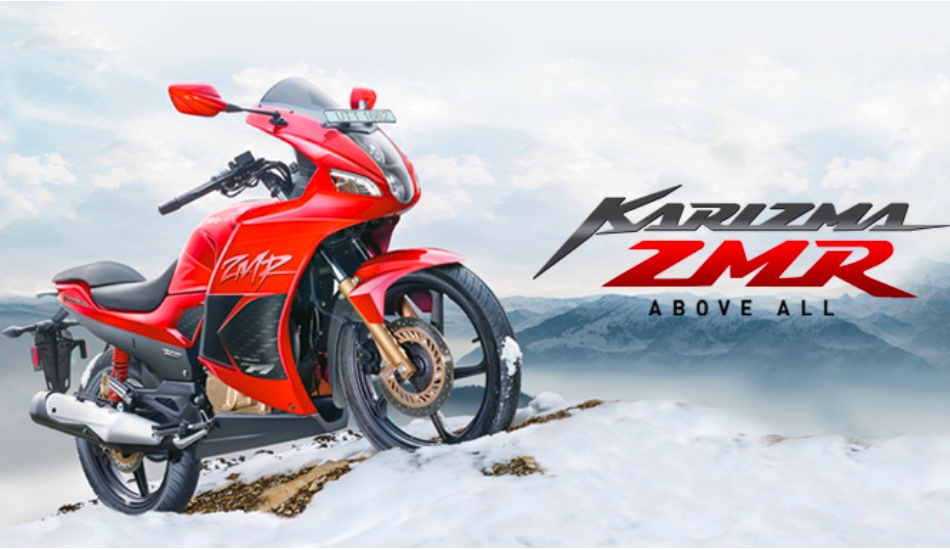 The Karizma bike was first time launched way back in the year 2003, since when the machine has been like an icon for the brand. However, with the new revised look in 2014, the ZMR was not accepted by the masses.

India’s leading two-wheeler manufacturer, Hero MotoCorp has re-launched its flagship motorcycle Karizma ZMR via company’s official website. At a price tag of Rs 1.08 Lakh and Rs 1.10 Lakh (ex-showroom, Delhi) the bike will be available in standard as well as dual tone design respectively in the country.

Hero has launched Karizma ZMR for the first time way back in the year 2003. However, the companygave it a fresh new look in2014, but the consumers did not give it a warm reception. The primary reasons being:

#Other brands ( like Bajaj and Honda) offering value better-looking bikes in the same price category.

Will the new Karizma 2018 offer anything new?

As the 2018 ZMR does not get any cosmetic as well as specifications changes, apart from the new BSIV motor. The chances of it making animpact are remote. Especially against the better-looking machines, like Yamaha FZ25, TVS Apache RTR 200 4V and the KTM Duke, which are equipped with the latest technology.

Though the ZMR comes with the 276mm disc up front and 240mm disc at the rear, but being Hero’s flagship motorcycle, it lacks an Anti-lock Braking System (ABS). It is ironical that the recently launched Hero Xtreme R200 comeswith a single channel ABS. Other than this, its equipped with the same 223cc, oil-cooled FI engine which is tuned to chunk the power of 20 bhp and torque of 19.7 Nm. According to the company’s website, it is claimed to achieve a maximum speed of 129 kmph.

Meanwhile, as rumours suggest, Hero is currently working on the next generation of Karizma which is expected to release by 2020.