Meta-owned WhatsApp is working on a new feature that may let you view detailed reaction info for automatic albums. 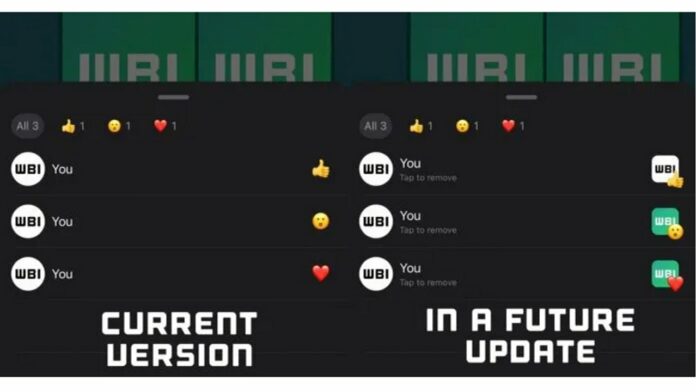 According to a report by WABetaInfo, WhatsApp will soon allow people to view which image in an album has received what reaction without opening it. In addition, the platform will add detailed reaction views to the group and private chats. However, the feature is under development so it is not ready to be rolled out to beta testers.

When someone on WhatsApp shares reactions to an image in an automatic album, one can not view which media has received the reaction without opening the album. The report has also shared a screenshot of the feature, which shows a new media thumbnail with detailed reaction info. The difference between the current version and the one released in a future update is shown. The user does not need to select every image to get a detailed view of the reactions.

The feature will be quite helpful to its users. They will not have to go through each image in an album and see the reactions. Instead you can soon get to see all the reactions in one place.