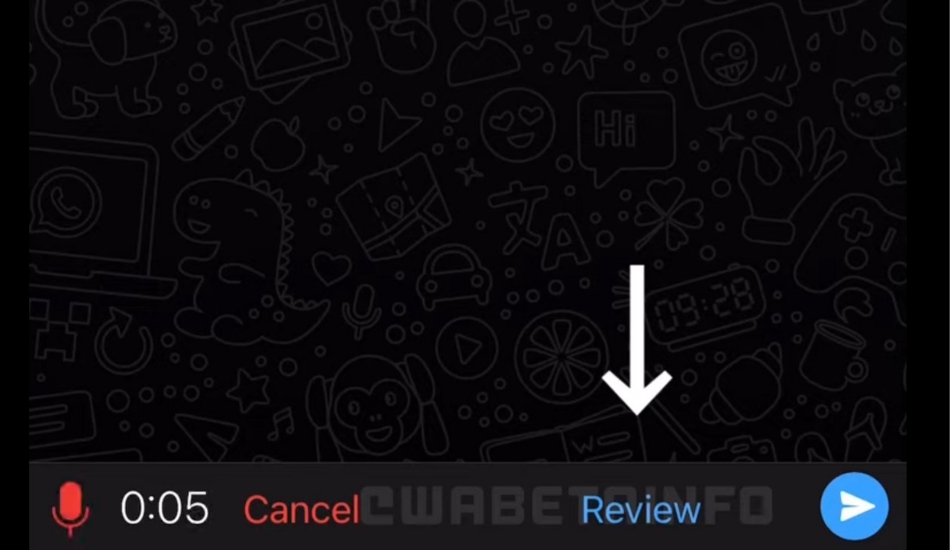 WhatsApp is said to be working on a host of new features that are currently under development and a new one to join the list is a revamped interface for reviewing a voice message before you send it.

As always, the feature was spotted by WABetaInfo who also posted a screenshot showing the new UI. Per the screenshot, the app will have a new ‘Review’ button down at the bottom which you can use to listen to your voice recording before sending it to the recipient.

WhatsApp already had a similar feature to review voice messages, but triggering the feature was a pain as one had to head over to a separate section within the app before they could send the message. “After tapping the Review button, you can listen to the voice message you were previously recording and you will be able to decide if you want to discard or send it”, says the feature tracker’s report.

WhatsApp is also said to be bringing some improvements for disappearing messages. WhatsApp won’t replace the 7 days option, but will add a 24 hours option, meaning when the user chooses “24 hours”, all messages sent/received after this change expire after 24 hours, so they will disappear from the chat.