WhatsApp may soon allow to delete messages automatically after 24 hours

WhatsApp is working on a new feature for a more privacy-focused experience on its app where the messages sent and received can be deleted automatically within a short period of time. Currently this feature is available only with a 7-day period but that may soon change.

Per a new report from feature tracker WABetaInfo, WhatsApp is finally bringing some improvements for disappearing messages. The report says that WhatsApp won’t replace the 7 days option, but 24 hours will be an addition to it, meaning when the user chooses “24 hours”, all messages sent/received after this change expire after 24 hours, so they will disappear from the chat. 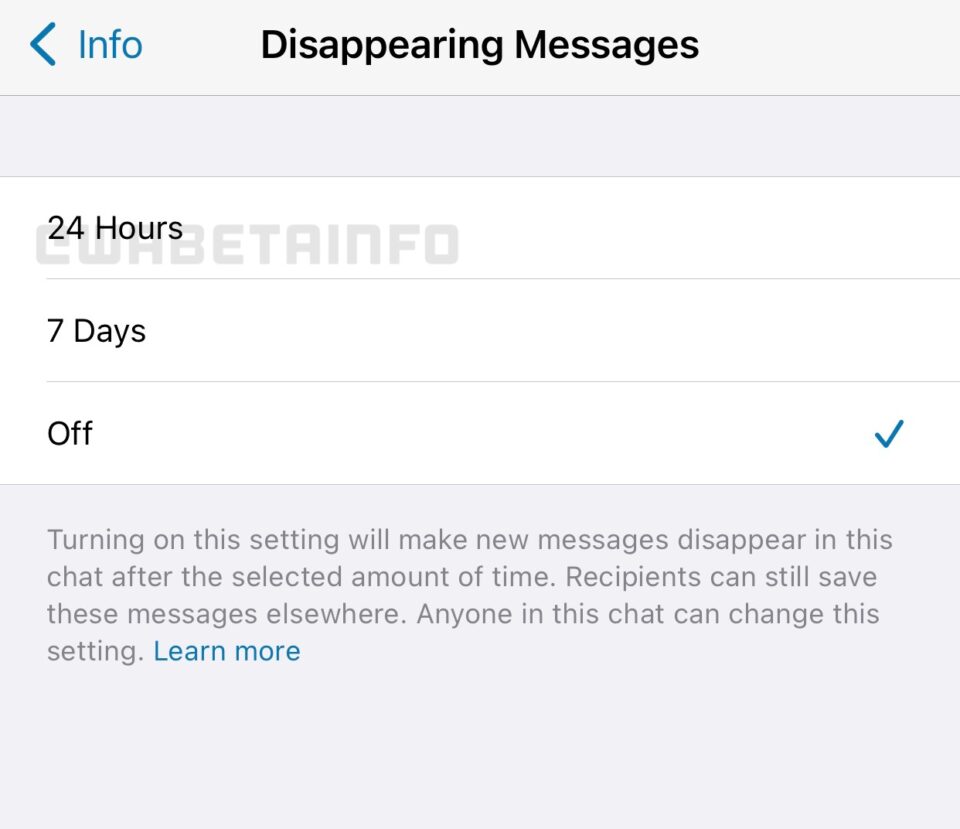 Apart from this, WhatsApp is now presenting a new in-app alert about its updated Terms of Service for those who haven’t previously accepted them, for iOS and Android. This new message is being shown again as the date on which the new terms goes into effect nears.

In related news, WhatsApp in a future update may allow its users to migrate their chats between the native platforms making it easier for the person to switch. This feature will work hand-in-hand with the multi-device support.