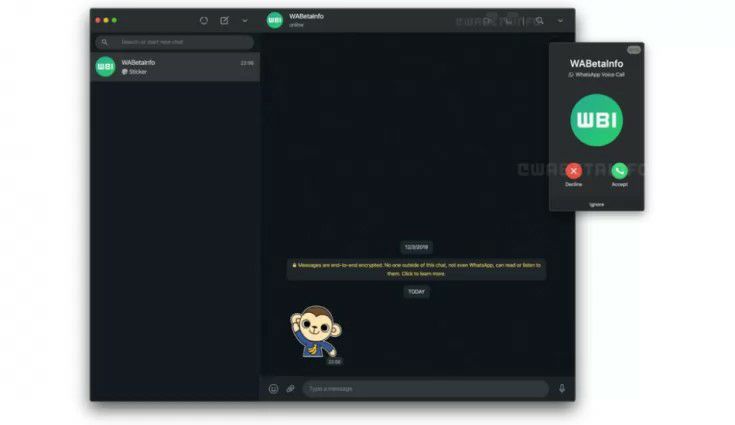 There were rumors that WhatsApp has been working on the ability to add Video and Voice calling functionality to its desktop application and the rumors now seem to be coming true as the feature has started to roll-out slowly.

As per WAbetainfo report, WhatsApp video and voice call features are out of the beta phase, which means that they will be rolled out to non-testers anytime soon. “WhatsApp is rolling out calls for more users today on WhatsApp Web/Desktop 2.2104.10 release. Note that it might still take some time to get the feature, but it’s good news,” Wabetainfo said in a tweet.

If the feature has been made available to you, once you open a contact’s chat on your desktop, the app will show you two buttons next to the contact’s name on top, out of which one will be a voice call button and the other will be a video call button.

If you receive an audio call, you will see a bigger pop-up on the right than what you see when you make a call. The pop-up will have accept and decline buttons. And if you try to call someone, the pop-up on the top right will have an ‘End Call’ button, a mute button as well as the recepients name.

You can also choose which microphone, camera or audio device to use (if you have external hardware connected) while on the call by clicking on the three dot icon. 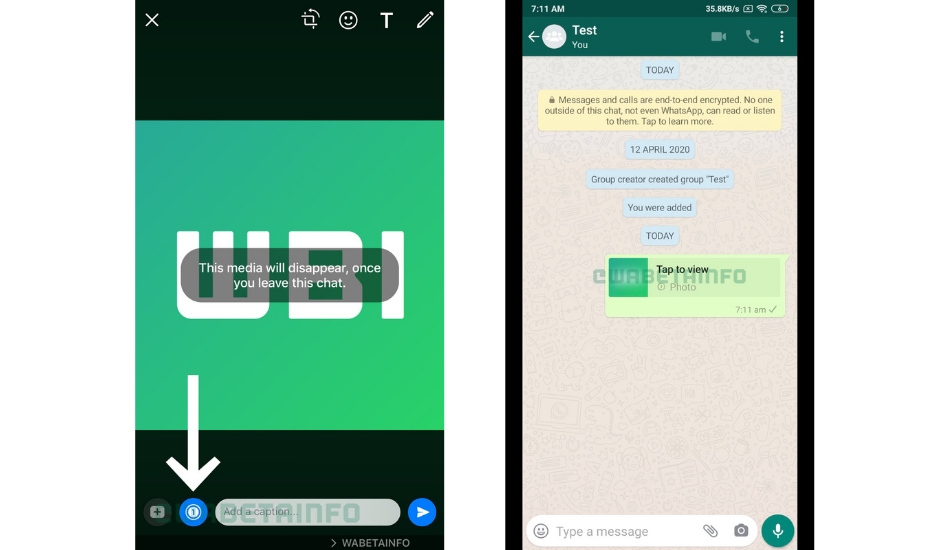 The upcoming feature works like how Instagram has implemented the same in their app. Once the user leaves the chat, the picture shared with them will disappear. There will be a dedicated icon for self-destructing photos. If the mode is turned on, it will remove the picture after a fixed period of time.