What is going on with OnePlus’ promised Unified OS?

OnePlus was confirmed to be working on a Unified OS in collaboration with Oppo and it seems like it will arrive this year. 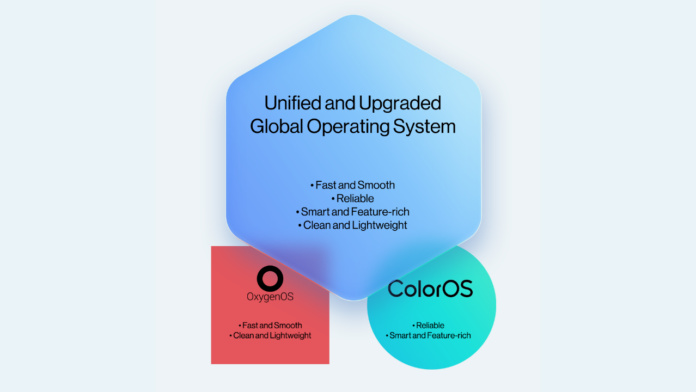 OnePlus in its merger with Oppo last year, announced that it is also joining forces with its parent company for the software that runs on its own smartphones. However, the only information OnePlus provided at that time was that the new Unified OS (ColorOS + OxygenOS) will be served as a major 2022 Android update for global devices. Now, a new development states that the OS is currently a work in progress and will arrive soon.

Unified OS based on Android 13

The report comes from MySmartPrice in collaboration with tipster Yogesh Brar which states that the OnePlus UnifiedOS will be announced in the second half of 2022. He further told the publication that the upcoming unified operating system will be based on Google’s upcoming mobile OS – Android 13.

Moreover, the upcoming unified OS for the OnePlus devices will be announced with a OnePlus flagship device. He claims that the OS for OnePlus devices is currently under the early development phase. It was expected that the OnePlus 10 Pro will be the first smartphone to launch with this OS, however, a recent report from the same tipster confirmed that it will boot OxygenOS 12 globally and not the UnifiedOS. The 10 Pro is said to arrive globally sometime in March or April of 2022.

OnePlus confirmed at the time of the announcement that this unified OS will combine the best of both worlds: the fast and burdenless experience of OxygenOS and stability and rich features of ColorOS. Pete Lau also said that it would be doubling down on its efforts to improve the camera performance on its smartphones.

Furthermore, it said that it will continue to focus on enhancing colour performance together with Hasselblad and customised sensors and lenses. The first evidence backing these statements should be the OnePlus 10 Pro. We expect the Unified OS to be a bit more polished than what we saw with Oxygen OS 12.