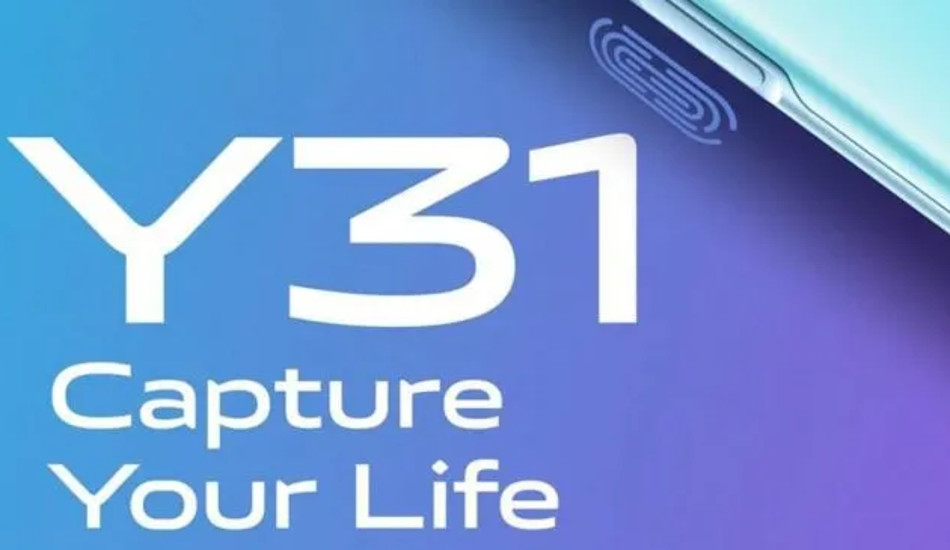 Vivo Y31 will launch with a waterdrop notch display.

Vivo is reported to launch a new Y-series smartphone named as Vivo Y31 in India soon. Vivo Y31 posters have now surfaced online which have revealed its key specifications.

As per a report by MySmartPrice, offline retail sources said that Vivo Y31 will launch in India soon. As per the leaked poster, the smartphone will come with a triple camera setup at the back with an LED flash, located at the top-left corner. The phone is likely to come with a side-mounted fingerprint scanner.

For the specifications, the poster suggests that Vivo Y31 will come with 6GB RAM and 128GB onboard storage. Further, the Vivo smartphone will reportedly pack a 5,000mAh battery and with 18W fast charging support.

As per the Google Play Console listing of Vivo Y31 with model number V2036 from last month, Vivo Y31 will feature an FHD+ display with a resolution of 1080x 2048 along with 440 ppi.The listing suggests that the smartphone will launch with a waterdrop notch display.

The phone will come with 4GB of RAM and Adreno 610 GPU. On the software front, the device should run on Android 11 based on Vivo’s FunTouch OS.

Vivo has yet not officially announced when Vivo Y31 will be launched.