The brand has preponed the event to March 23.

Vivo earlier announced that it will launch its latest smartphone, the Vivo V9, in India on March 27. Now, the brand has preponed the event to March 23.

The Vivo V9 is likely to be the successor to the Vivo V7 which was launched in India last year in November for Rs 18,990. Further, the smartphone is scheduled to launch in Thailand on March 22, which could be one reason of preponing the event. 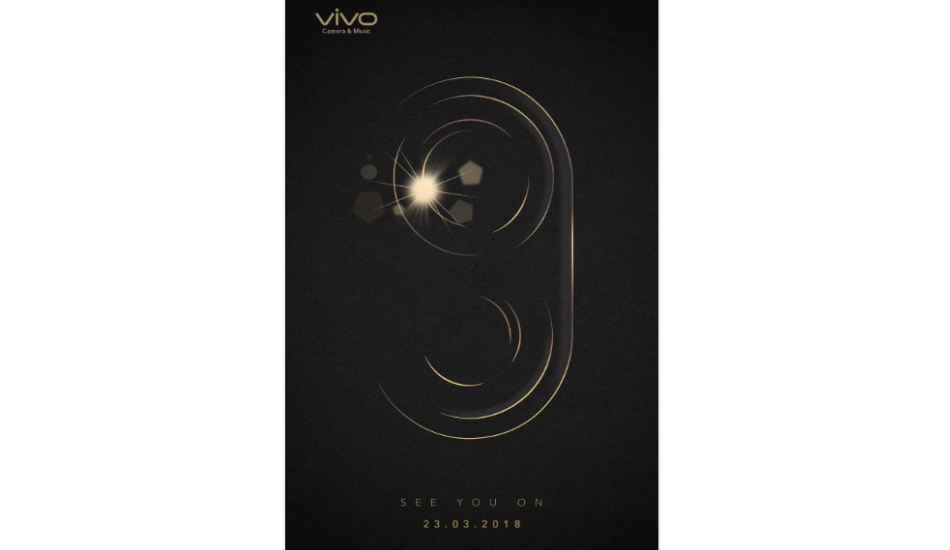 Talking about some design language, multiple leaks suggest that the smartphone will feature a bezel-less design with Apple iPhone X-like top notch. The notch, in this case, will house a front-facing camera and usual array of sensors.

Previously, a new leak revealed the Vivo V9 will be priced at IDR 4,999,000 in Indonesia, which roughly translate to Rs 23,500. Talking about key specifications of the upcoming device, the Vivo V9 will be backed by a 6.0-inch Full HD+ AMOLED display with a screen resolution of 2160 x 1080 pixels and a pixel density of 402ppi. The phone will be powered by a Qualcomm Snapdragon 660 processor along with Adreno 512 GPU.

The device is backed by a 4GB of RAM and 64GB of internal storage, which can be further expanded up to 256GB via micro SD card slot. The Vivo V9 will be backed dual rear cameras with a combination of 12-megapixel and 6-megapixel sensors along with Phase Detection Autofocus, dual LED flash. For the front, there will be a 24-megapixel shooter with a wide-angle lens. The smartphone will feature Face Unlock and there will be a fingerprint sensor as well.

The device will run on Android 8.0 Oreo with company’s own FunTouch OS 4.0 running on top of it. It will be backed by a 3250mAh battery with fast charging support. On the connectivity front, the Vivo V9 supports 4G VoLTE, Bluetooth, WiFi, GPS, dual SIM and USB Type-C port. The phone measures 155.9 x 75.2 x 7.2 mm and it will be available in Black and Gold colour options.

Vivo S1 Pro gets a price cut in India

Vivo to launch its X50 series in India soon