Vivo has recently launched its concept smartphone Apex, in China. Vivo Apex Concept smartphone comes loaded with a 5.99-inch OLED display, though there is no information about the resolution of the screen.

Vivo is all set to launch a new smartphone in India on March 27 as the company has started sending the media invites for the curtain raiser event to be held on the said date.

The invite, however, does not reveal the name of the smartphone to be announced at the event, but reports say that the company will be launching Vivo V9 in India. The Vivo V9 is likely to be the successor to the Vivo V7 which was launched in India last year in November for Rs 18,990. 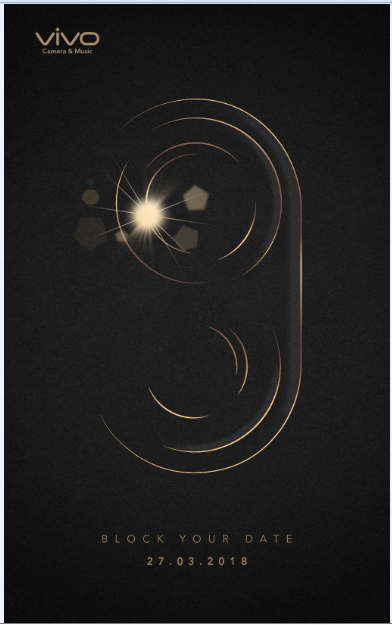 Industry sources told IANS that the latest device will be priced around Rs 25,000 and will feature a dual rear camera setup and a 24MP selfie camera. The Vivo V9 will come with iPhone X-like notch.

Vivo has recently launched its concept smartphone Apex, in China. Vivo Apex Concept smartphone comes loaded with a 5.99-inch OLED display, though there is no information about the resolution of the screen.

The smartphone is a first to feature a bezel-less design in a true sense. The phone comes with a top and side bezels of 1.8mm thickness, while the bottom is just 4.3mm thick. It features a screen-to-body ratio of 98 percent, making it a truly bezel-less smartphone. This is due to the flexible OLED platform with microchips mounted directly to the flexible circuit, which results in such screen-to-body ratio.