Vivo V20 vs OnePlus Nord: Who will be unsettled? 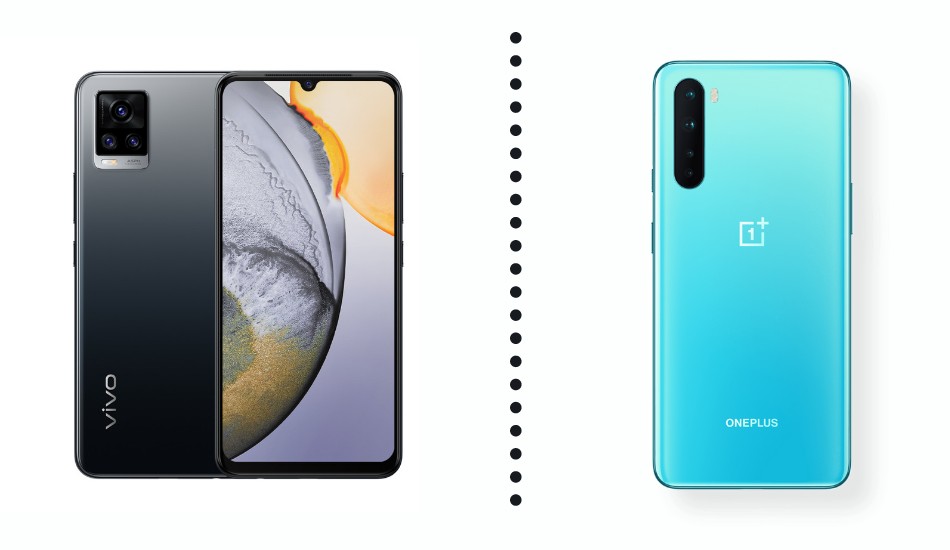 The Vivo V20 has many tricks up its sleeves as it launches today in India competing with the only mid-range king, the OnePlus Nord.

Vivo has launched its latest smartphone in India, the Vivo V20 at a price of Rs 24,990 for the 8GB RAM with 128GB storage version and the 8GB RAM with 256GB storage version costs Rs 27,990. The device is priced similar to the OnePlus Nord which is currently doing well in the mid-range segment even though it is already competing with Pixel 4A, Galaxy M51 and many more.

Will the V20 be able to beat its competitor? Let’s take a look at how well they compete with each other! 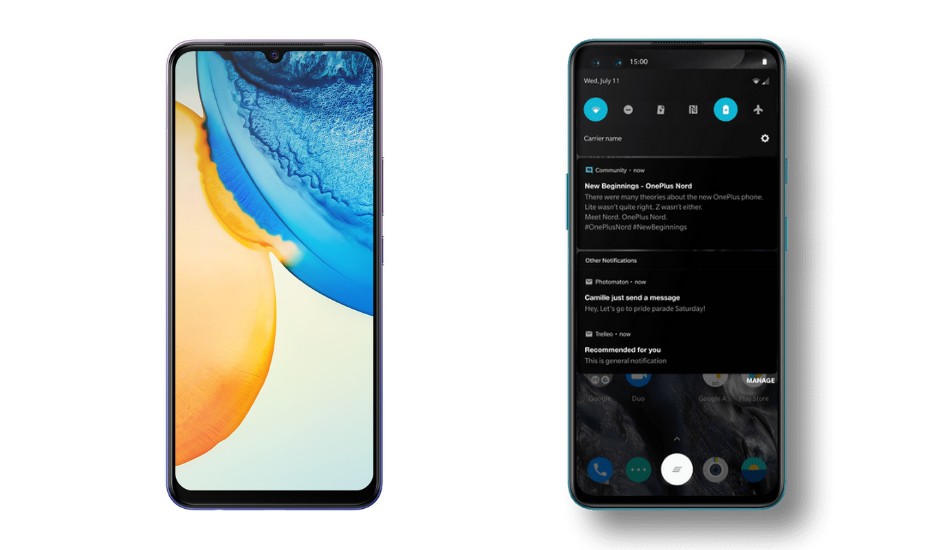 As we can see, even though both the devices have the same resolution and screen size, the OnePlus Nord here is the winner as it has the 90Hz refresh rate which means you will get a much smoother experience on the Nord while scrolling and doing day-to-day tasks as compared to the Vivo V20.

A 90Hz display totally enhances the experience in every way and you will have to use it in real life to see the major notable difference between 60Hz and 90Hz.

The Nord again proves to be the better one here with a better processor and it is also future-proof as it has the 5G connectivity. But we can rule out the possibility of 5G as it won’t be arriving in India anytime soon. But a better processor obviously means that it will handle heavy tasks like gaming much smoothly compared to the lower one.

While in day-to-day performance, you shouldn’t see any lag in both the phones because both of the processors, the 765G and 720G are one of the best mid-range processors in the industry.

The Vivo V20 runs on FunTouch OS 11 which is based on Android 11 while there’s currently no news as to when the OnePlus Nord will receive Android 11, though it is confirmed to get it. 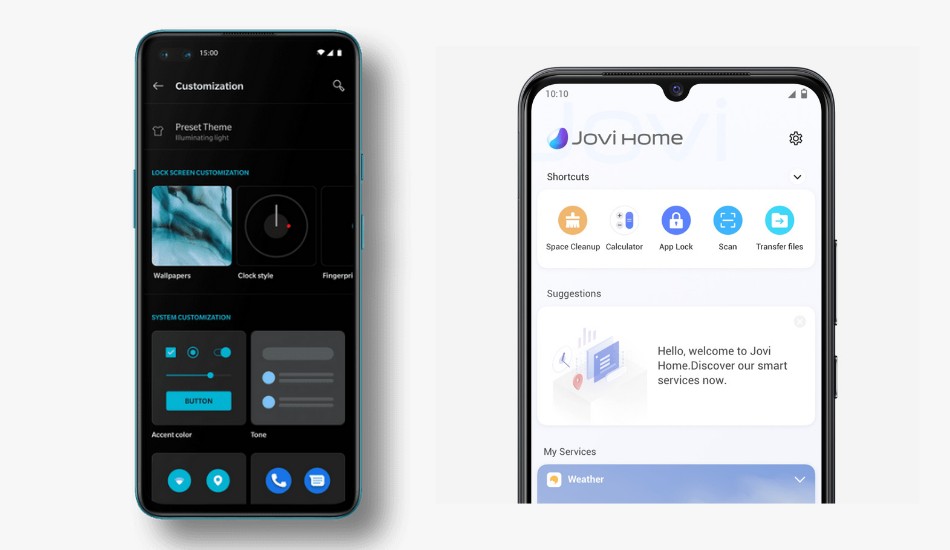 We can see that the Vivo V20 here has a slight advantage over the Nord in the software department as it is also the first phone to ship with Android 11 out-of-the-box. But the winner here depends on the personal preference of the user regarding which Software skin he/she likes more, the FunTouch OS in V20 or Oxygen OS in Nord. 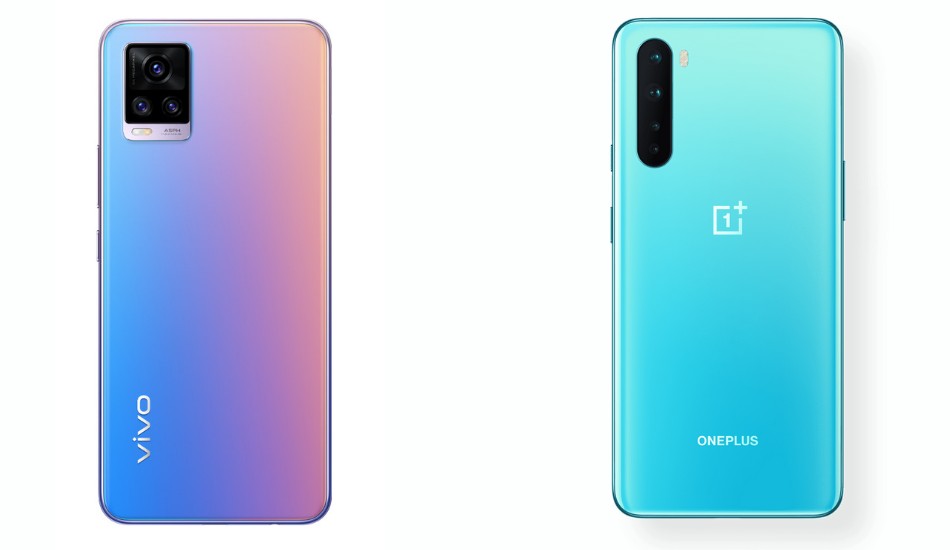 Both the devices here have their own advantages. Where the main 64MP sensor on the V20 is better than Nord’s primary 48MP sensor in terms of numbers, the Nord has an extra Macro lens on the rear. Talking about front cameras, there are dual cameras on the Nord which will give you a better portrait effect even in the front selfies, the main front camera sensor on the Vivo V20 is again better in terms of numbers.

To declare the winner in this segment, we would have to take a look at the real-life picture samples from both the devices as post-processing for the photos with software also plays a major role in deciding which phone has a better camera.

While both of them should give you a pretty similar experience considering the battery capacity, the Vivo V20 here should charge just slightly faster than the OnePlus Nord which again gives it a very small advantage over the Nord.

But the battery life also depends on the usage of every person, the number of apps installed, and the software optimizations. 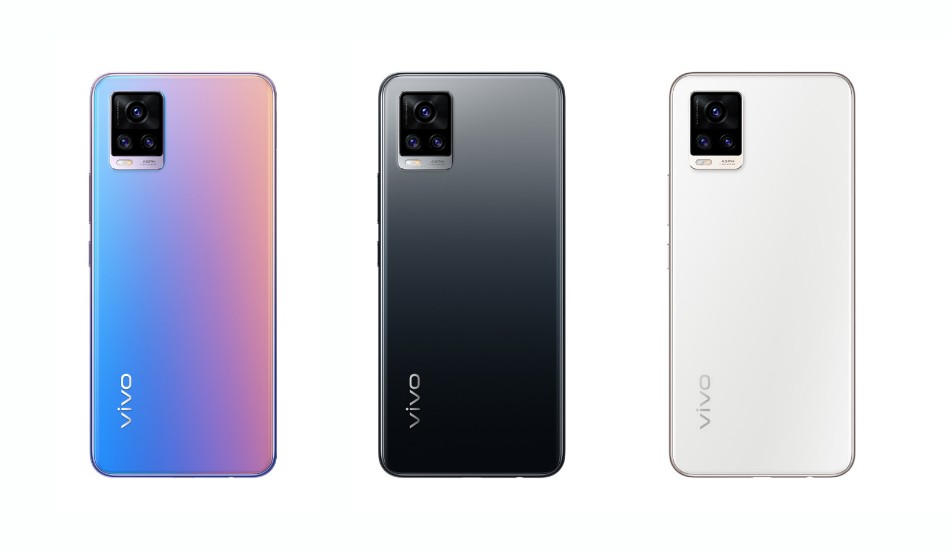 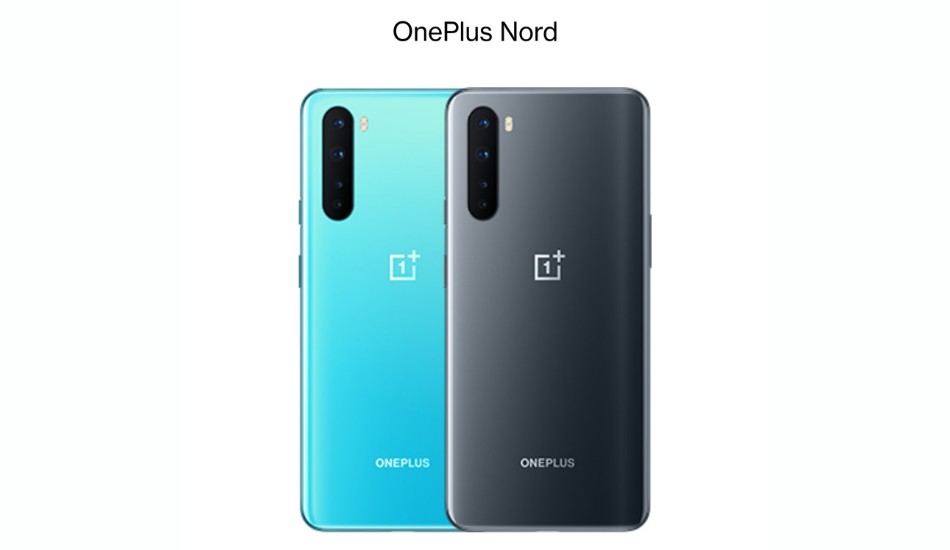 We can say that the OnePlus Nord has a true competitor in its mid-range space which is capable of giving it nightmares but on the other hand, OnePlus already has made its place in the mid-range segment. So will the Vivo V20 be able to replace the only mid-range king in India? We will see when the V20 goes on sale on October 20th.