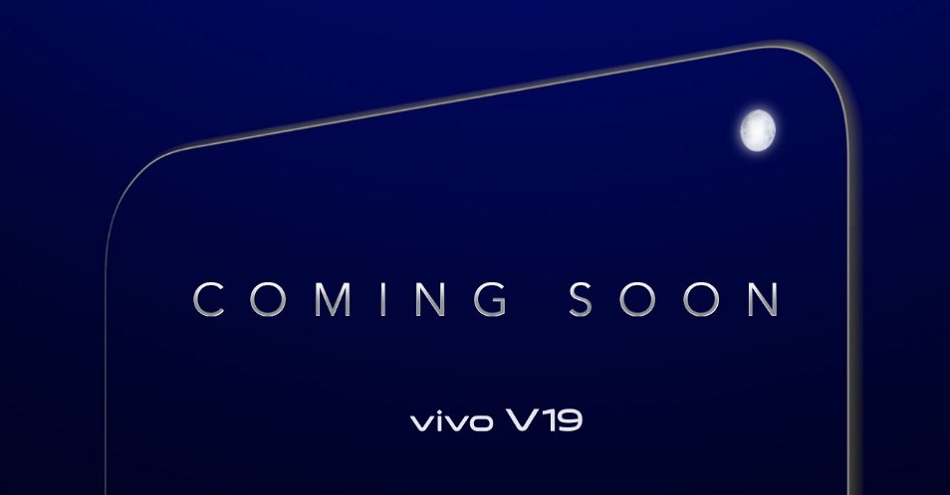 Vivo has announced that the Vivo V19 will be announced in India on March 26. Vivo on Twitter has also teased the launch of its upcoming smartphone.

Vivo on Twitter has also teased the launch of its upcoming smartphone revealing its design. As per the teaser, the Vivo V19 will feature dual hole-punch selfie camera at the top-right corner. The Vivo V19 will be the company’s first smartphone to sport a dual punch-hole display.

At the back, there will be a rectangle-shaped quad-camera setup at the upper-left corner. The phone will have an in-display fingerprint reader. It shows two colours of the Vivo phone – Black and Mystic Silver. The phone will focus on its low-light photography.

Vivo recently launched V19 smartphone in Indonesia. It is a rebranded version of Vivo V17 smartphone launched in India last year. The India Vivo V19 is said to sport a Qualcomm Snapdragon 712 SoC as compared to Qualcomm Snapdragon 675 SoC in Indonesia. The phone will feature a 6.44-inch full HD+ Super AMOLED punch-hole display with 2340 x 1080 pixels resolution and 20:9 aspect ratio.

Vivo V19 will be fueled with a 4500mAh battery with 18W Dual Engine Fast Charging via USB Type-C port. It will run on Android 10 with Funtouch OS 10.It will also feature an in-display fingerprint scanner.