Vivo T2 is up for pre-orders in China and it could be another rebranded iQOO device. 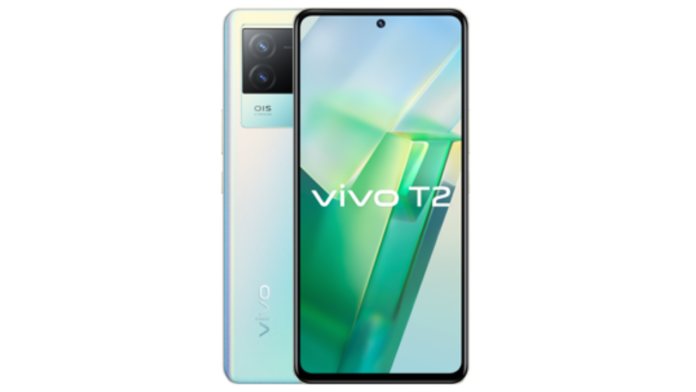 Vivo T1 originally debuted in China in October last year and it seems like Vivo is ready with its successor. Vivo has listed the T2 smartphone on its China website which is now available for pre-order. Furthermore, a new leak also suggests what processor it could come with and when the Vivo T2 could launch.

The Vivo china website showcases the T2 smartphone in a blue-ish green colour with a design that looks very similar to the recently launched iQOO Neo 6 SE. Tipster WHY LAB on Weibo says that the Vivo T2 will indeed be a rebranded version of the Snapdragon 870 powered iQOO Neo 6 SE.

As for the launch date, according to another tipster, Bald is Panda, the Vivo T2 will be announced on May 23 in China. If the information by the tipster WHY LAB is to be believed, then the Vivo T2 could also come with a 6.62-inch FHD+ E4 AMOLED display which has a 120Hz refresh rate and a 20:9 aspect ratio.

There should be an in-display fingerprint sensor for security. The device must be powered by the Snapdragon 870 SoC with up to 12GB of LPDDR5 RAM and up to 256GB of UFS 3.1 storage. It should have a triple rear camera setup including a 64MP main sensor with OIS support. It may have a 16MP camera for selfies and video calls.

Separately, Vivo is all set to launch the S15 series in China on May 19. It is expected that Vivo may also launch new variants or colours for Vivo Pad and Vivo Watch 2 alongside the S15 lineup and TWS Air. Vivo earlier confirmed that the S15 series models will pack a flagship chip and carry 80W charging support. They are teased to run on OriginOS which should be based on Android 12.