Vivo will be introducing the Vivo S15 and Vivo S15 Pro smartphones on May 19. Vivo Air TWS earbuds will also launch alongside. 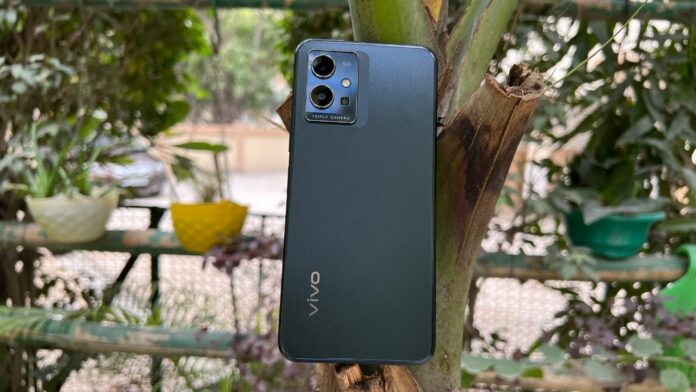 Vivo will be introducing the Vivo S15 and S15 Pro smartphones at 7 PM (local time) on May 19. It is said that Vivo may also launch new variants or colour options for Vivo Pad and Vivo Watch 2 alongside the S15 lineup and TWS Air.

Vivo earlier confirmed that upcoming S15 series models will pack a flagship chip and carry 80W charging support. They are teased to run on OriginOS which should be based on Android 12.

If rumoured specifications are to be believed, the Vivo S15 may sport a 6.62-inch AMOLED display. It could pack up to 12GB of RAM paired with up to 512GB of storage. The handset could sport a triple rear camera setup that includes a 64-megapixel primary sensor, 8-megapixel secondary shooter and a 2-megapixel tertiary sensor.

As for the S15 Pro, it may draw power from the MediaTek Dimensity 8100 SoC, coupled with up to 8GB of RAM and up to 256GB of storage. You may get a triple rear camera setup consisting of a 50-megapixel primary sensor, an 8-megapixel ultra-wide angle sensor and a 2-megapixel macro shooter.

Further, Vivo is also gearing up to launch the Vivo X80 series in India on May 18. Vivo X80 series price, colours and storage variants were recently leaked as well. As per the leak,

On the other hand, the Vivo X80 Pro will come in a sole variant in India. There will be only 12 GB RAM and 256 GB of built-in storage option. It will come in only Black. colour. It seems that there will be no orange editions of the X80 and X80 Pro in India that are available in China. For the pricing, the X80 is expected to carry a retail box price of Rs 56,990.