Unkept Promises: When will OnePlus Settle?

With a tagline of 'Never Settle', it seems like the company really has never settled with the promises it has made to the users.

OnePlus, the Chinese smartphone maker that step foot in the industry back in 2014 with the OnePlus One, became an instant hit because of its price to performance ratio.

Fast forward to 2020, OnePlus has evolved into a major brand competing with big players such as Samsung and Apple. With a total of 19 smartphones launched in the span of 7 years, OnePlus has known its customers and the industry tactics for survival.

The company is (or was) known for taking its customers’ feedback very seriously and introduce those features or hardware strictly based on that feedback. For the most part, the company has stuck to its commitments, but a lot of promises were left unfulfilled. Let’s take a look at them.

OxygenOS will remain close to stock Android and ‘Bloatware Free’

When OnePlus parted its ways with CyanogenMod, the company had started to develop its own in-house ROM, later named as OxygenOS for the world and HydrogenOS for china. 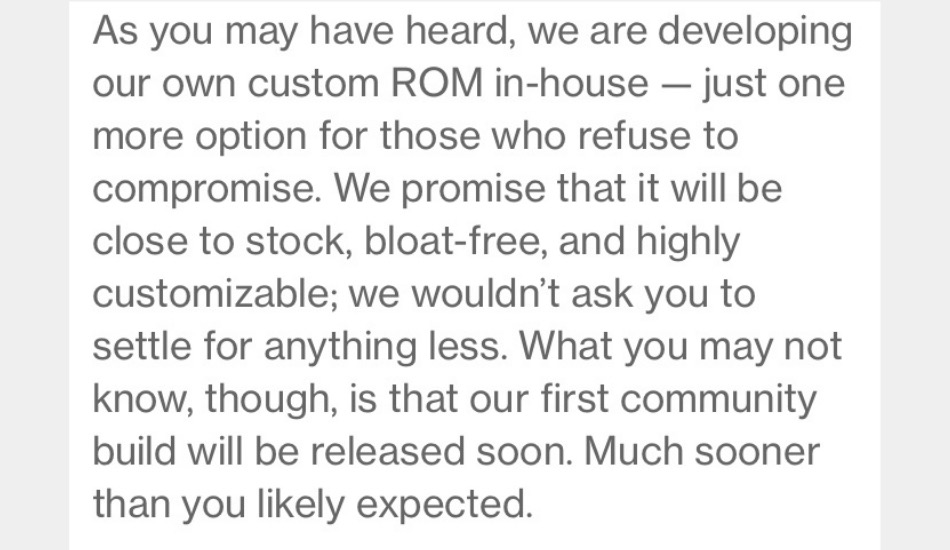 The promise was to keep the ROM as close as possible to Stock Android, Bloatware-free, along with a bunch of customization features. The promise was kept only for quite a while.

With minor design changes, the ROM remained close to stock Android until OxygenOS 11, which is the latest from OnePlus based on Android 11. With OxygenOS 11, OnePlus shifted the design from stock to its own, where it is more focused for one-handed usage, and to reach the top elements in the UI easily as the sizes of the screens continue to increase.

While a change is always necessary and appreciated, this change got mixed reviews from the fans because OnePlus was one of the few companies to keep the experience stock-ish with a lot of features.

The company also pushed an OTA for its devices a while back and the Amazon app was a part of that OTA, which after installation would become a system app and that is called adding Bloatware to the device.

Along with bloat, OnePlus has also complicated its UI with the integration for the same feature throughout the interface in various locations. For example, OnePlus has a separate Store app now but the store is also integrated into the community app.

Back in 2017, during the launch of OnePlus 5T, Pete Lau, the co-founder of OnePlus mentioned the importance of the headphone jack and how the company wanted to keep it intact with their device because the users want so.

Ironically, a year later, with the launch of OnePlus 6T, the company removed the headphone jack with the excuse being able to fit a bigger battery inside the device, and that 59% of the OnePlus community has shifted to wireless earphones. While the excuse might sound reasonable, the move did disappoint a lot of users and hence, was an unkept promise again.

OnePlus had followed the One Flagship a year strategy since OnePlus One Days. In 2016, the company gave it up and released two new flagships which were the OnePlus 3 and OnePlus 3T.

In 2017, OnePlus completely deviated from the strategy when it launched 4 flagships in the same year, namely, OnePlus 7, 7 Pro, 7T and 7T Pro.

While launching these many products might be beneficial for the company as they are now providing a product in every segment, the end consumer will have to suffer from late software updates because the developers now have more on their plate.

OnePlus 2 was promised a Nougat update but…

OnePlus 2 was a critical device in the company’s history. It faced major issues such as overheating, fingerprint not working, etc. Not only this, but many people weren’t even able to purchase the device because of OnePlus’s infamous invite system.

But the company didn’t had this in mind when it ambitiously made a tagline for the device as a 2016 flagship killer even though the device was launched in 2015.

The company promised its users with 2 major software upgrades as the device launched with Android 5.1.1 Lollipop. The phone did receive Android 6.0 Marshmallow but never got to receive Android 7.0 Nougat.

This was another broken promise by the company, and the excuse for it was,“When we built the OnePlus 2, we didn’t have the software infrastructure team in place we do now.”, and the users had to suffer once again as if the availability of the device itself wasn’t enough.

Former OnePlus Executive Carl Pei, during the launch of OnePlus 7T, said that every OnePlus device from now on will be equipped with Fluid Display Technology (what OnePlus calls high refresh rate displays).

The promise was broken with the recently launched OnePlus Nord device, to be precise, the OnePlus Nord N100. OnePlus covered up the situation by saying that the statement was made in context to the company’s flagship devices and as the Nord N100 stands as a budget device, it won’t have a ‘Fluid Display’.

OnePlus holds a great future in the market if it can resolve a few issues regarding its software and definitely its communication skills with the community.

We will hope that more topics would not be added to this list as OnePlus does have potential to be even better than what it is currently.