Twitter is rolling out the Cricket Scorecard as well as the Communities feature in India to celebrate T20 World Cup 2021. 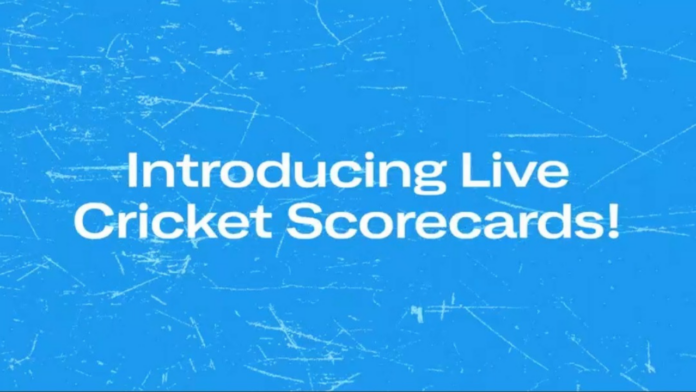 Twitter is bringing two new features for the people of India. These include a Cricket scorecard that will be accessible within the Twitter app and the Community feature to celebrate the T20 World Cup, which began earlier this week.

The Cricket scorecard will appear in the Explore tab and live Events Page on Twitter while cricket matches are happening. This will allow the fans to follow the scores from the match in real-time. Fans can do so while scrolling through tweets and the following commentary on the platform. The scorecard feature will be available to all users in India on iOS, Web and will also roll out to most users on Android.

“In the coming weeks, we’ll find more ways to make it easier for users to find relevant match content and join conversations with like-minded people”, the company conveyed.

Back in September, Twitter started testing its Community feature first in the US. Now, the company is bringing its first community outside of the US, in India, which is dedicated to the Cricket fans in the nation. The community is called ‘Cricket Twitter – India’. The community will serve as a single place where Cricket fans can share their views in multiple Indian languages.

Communities on Twitter are managed by administrators and moderators who set specific Community rules that members of the community must follow alongside the general Twitter Rules. The communities feature is being tested as invite-only on iOS, Web, and Android mobile browsers. The invites can be sent by administrators, moderators, and community members via direct messages. Android app support is also slated to arrive soon.

As for now, Twitter isn’t allowing all Twitter users to create a community. However, the brand is looking at India as one of its main markets where it can further expand its operations and introduce new features and services.