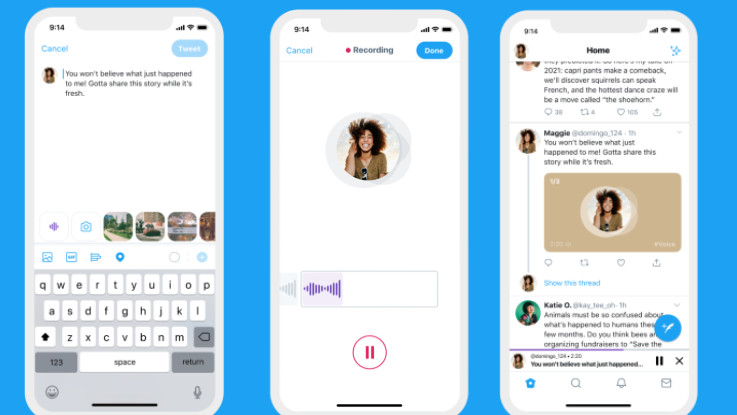 However, there is no information on whether the feature will make its way to Android or web clients. Coming to the voice tweets, it basically lets users record audio as a tweet. There will be a new icon with wavelengths when you open Tweet composer. Users need to tap on this button to record their voice.

The company says that each voice tweet captures up to 140 seconds of audio. The brand has further revealed that once the audio limit is reached, a new voice tweet starts automatically to create a thread. Once the user is done, he/she can simply tap on the Done button to end the recording and go back to the composer screen to Tweet.

People will see your voice Tweet appear on their timeline alongside other Tweets. To listen, tap the image. The company said for iOS users, the playback will start in a new window docked at the bottom of the timeline. One can easily listen to the tweet while scrolling and one can also listen to this while doing other things on the smartphone.

Previously, Twitter revealed that it is testing a new feature that will prompt users to read the article first before retweeting it. The feature is said to curb misinformation and will instead promote informed discussion. The company has revealed this information on its official Twitter handle. The company said, “Sharing an article can spark conversation, so you may want to read it before you Tweet it. To help promote informed discussion, we’re testing a new prompt on Android –– when you Retweet an article that you haven’t opened on Twitter, we may ask if you’d like to open it first.”