It is expected to be priced between Rs 9 lakh to the 14 lakh (ex-showroom) and will hit the roads in late April.

The Japanese automobile manufacturer, Toyota is all geared up to launch its mid-size sedan, Yaris against the Maruti Suzuki Ciaz, Hyundai Verna and Honda City. As the company has started taking the bookings for the car via authorised dealers. To recall, the sedan was announced at the 2018 Auto Expo (Picture Gallery), which is expected to be priced between Rs 9 lakh to the 14 lakh (ex-showroom) and will hit the roads in late April.

It is worth noting one can book their Toyota Yaris for a token amount of Rs 50,000 at the selected dealers in selected cities. Further, the brand will only be launching the petrol variant of the sedan, while the other competitors are dominating the market with both the fuel options. 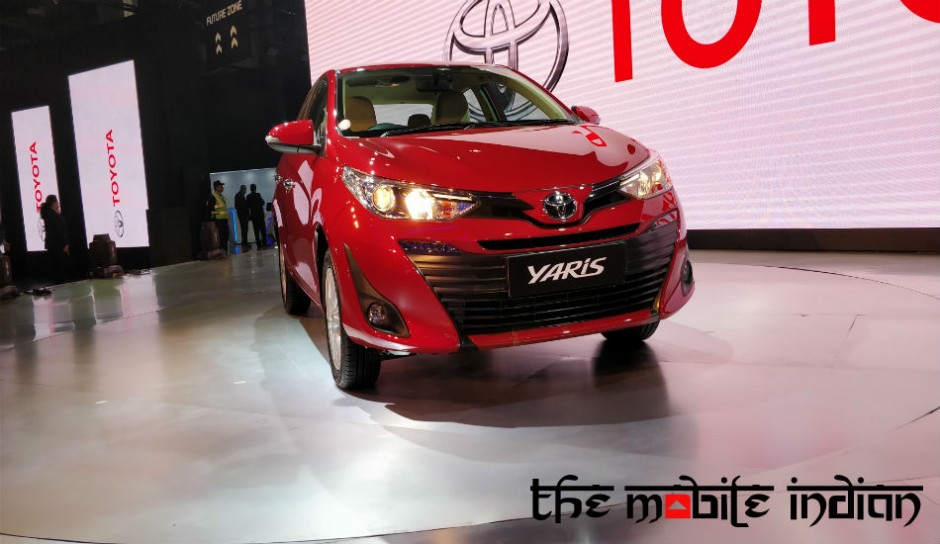 In terms of specification, the Toyota Yaris will offer a 1497cc capacity of 1.5-litre, 4 cylinder petrol engine which will generate 107 bhp of power with peak torque of 141 Nm. It will be mated with a 6-speed manual and 7-step CVT (automatic) gearbox.

The car will ride on the 16-inch wheels and at the front, it will have the daytime running LED headlights with Fox light at the bottom. Inside the cabin, the steering wheel will have mounted audio controls, auto air-conditioning, GPS navigation and more.

Toyota Yaris to be officially launched in India on May 18

Toyota Yaris launched in India at a starting price of Rs 8.75 lakh