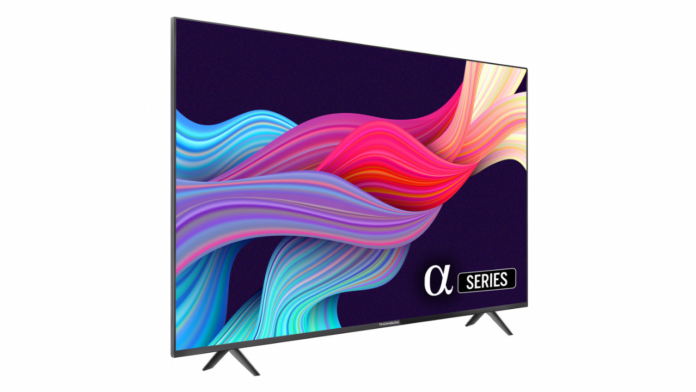 French consumer electronics brand Thomson has launched the 32-inch Alpha series smart TV in India. It comes at an affordable price and has a bezel-less design. Moreover, the company says that the television set comes loaded with YouTube, Prime Video, Sony Liv, Zee5, Eros now and a bunch of other apps.

The 32-inch Smart TV will be available for sale from 26th June on Flipkart for a price of Rs 9,999. Customers will be able to avail several benefits including 10% off on SBI Bank Credit Cards, along with a free Gaana Plus subscription.

The 32-inch Alpha series TV from Thomson comes with an HD resolution (1366 x 768 pixels) display, with a range of colour shades and a bezel-less screen. Moreover, this TV comes with a 30W sound output for enhanced listening experience. This TV features a quick cast function that helps to project your smartphone, tablet and even your laptop’s screen on your Smart TV.

This Alpha series smart TV is powered by a Mali Quad-core GPU processor and Amlogic chipset. Thanks to the in-built Google Play store, one can enjoy unlimited access to over 5000 streaming apps such as Amazon Prime, Sony Liv, and Zee5.