Sony Bravia X80K series has been launched by the company in India which comes in five different screen sizes. 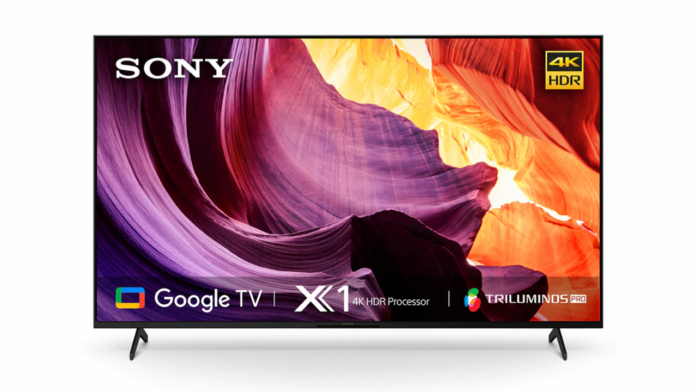 All the five models in the Sony Bravia X80K series TVs come with a 4K (3,840 x 2,160 pixels) LCD display with support for HDR10, Dolby Vision, and HLG formats. The display has a 50Hz refresh rate The displays also have support for Sony’s proprietary Triluminos Pro technology that is claimed to enhance the on-screen colours.

The Sony Bravia X80K Smart TV models have 16GB of inbuilt storage and run-on Google TV (based on Android TV). You get access to thousands of apps on the Play Store. Under the hood, the TVs also sport Sony 4K HDR processor X1. The processor is said to adapt the picture to the surroundings to ensure optimised viewing experience.

The included remote supports voice commands and has dedicated keys for apps like Amazon Prime Video, YouTube and more. You can also control the TV hands-free through voice commands as the TV has built-in mics. The smart TV models also support Apple AirPlay and HomeKit to enable content streaming from Apple devices.

Share
Facebook
Twitter
WhatsApp
ReddIt
Previous articleiQOO Neo 6 5G with Snapdragon 870 SoC to launch in India on May 31: Here’s Everything you need to know
Next articleXiaomi partners with Leica, the first smartphone coming in July
RELATED STORIES