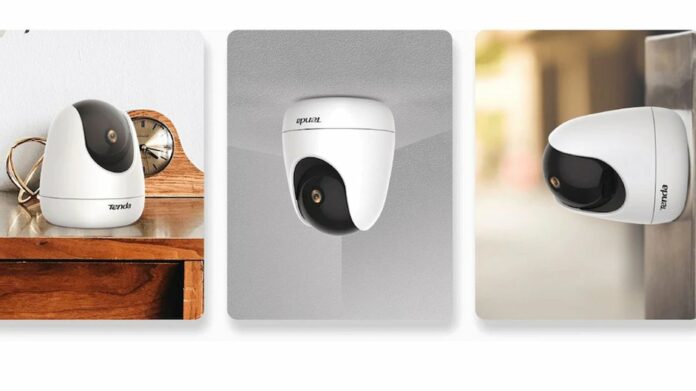 Tenda has announced the launch of its all-new Full HD 1080p Smart AI Security Camera — CP3. The new security camera is said to be targeted toward the small office/home office (SOHO) category in India.

The Tenda CP3 is a highly intelligent, AI-driven security camera system that features a Full HD 1080p image sensor. It can rotate, pan and tilt to cover a total of 360° in areas such as homes, small businesses, and small offices. The security camera is also equipped with a 2-way full-duplex audio communication system, apart from smart motion detection and tracking. The Tenda CP3 is a very versatile product that can be installed in homes, offices, classrooms, shops and other small areas that need 24×7 remote surveillance.

Check out some of the highlights below:

Auto Targeting and Tracking: Thanks to the inbuilt AI mechanism, CP3 can automatically track the very movement of everything that passes by.

Sound and Light Alarm: The CP3 features a flashing light and a loud alarm too which kicks into action the moment there’s any type of movement in the surveillance area. The moment motion or intrusion is detected, the sound and light alarms go off, and you simultaneously receive a notification alert on your smartphone.

S-motion Detection: The Tenda CP3 has a unique artificial intelligence (AI) mechanism that accurately helps to detect and identify human body shapes and movements. It detects suspicious movement automatically, triggers an alarm, and sends notifications on your mobile in real-time.

360° coverage: With a pan/tilt design that enables flexible rotation in all directions, the Tenda CP3 covers the area 360° horizontally and 155° vertically (90° up, 65° down) leaving no blind spots.

Instant Privacy Mode: The moment you come home, you can simply tap on the app and the camera rotates downward, allowing you full privacy.