With this, admins can provide chat section associated with the specific channel.

Telegram Messenger has today announced a new Discussion Button for Channels on its application. With this, admins can provide chat section associated with the specific channel.

Channels are generally created by the companies or organisations that allow only admins to post the updates and company-related news. One can add up to 200 million members in a Group. However, the participants in the Channel were not able to write or post. But with Group Chat Extension, participants in the channels can actively write, or post some information from their side. 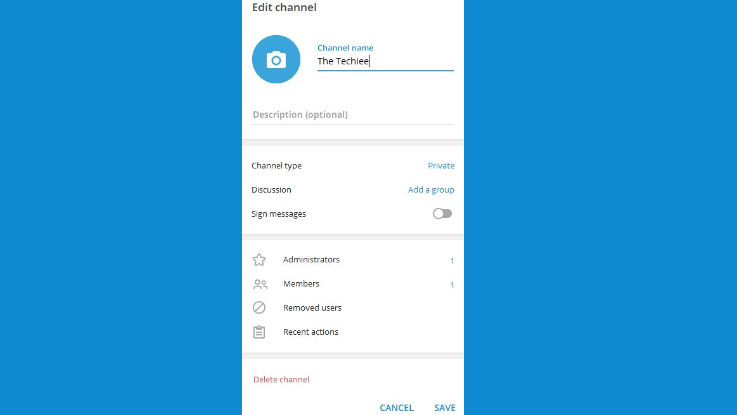 All the messages automatically get re-posted in this chat group once you send a message to the main channel. The concerned authorities can also pick up feedback and queries coming from their users posting on the group chat, and can act accordingly. In order to create a Discussion chat group to a channel, admins need to click on the top-right corner of a channel and then tap on Manage Channel. There one can select Discussion followed by a button named as Add a Group. Admins need to tap on Create to create a discussion group and one can add a desirable name as well.

Previously, the company introduced a slew of new features to its messaging platform. The company has revealed the Find People Nearby 2.0 feature, which helps users to meet new friends. In order to use this feature, users can go to the Contact section and then tap on the People Nearby section. One can click on Make Myself Visible to make themselves visible to Telegram users around them.

Moving on, the company has revealed that its customers can be more than 127 new stickers, which have been launched on the platform under eight different categories. It has also replaced the previous animated love emojis with a few enhanced one. The application has also rolled out a simpler interface for the profile pages, which enables one-tap shared media files visibility. This makes it easier to see photos, videos and links shared with the users.

WhatsApp, Telegram vulnerability can let attackers modify media files before you see them