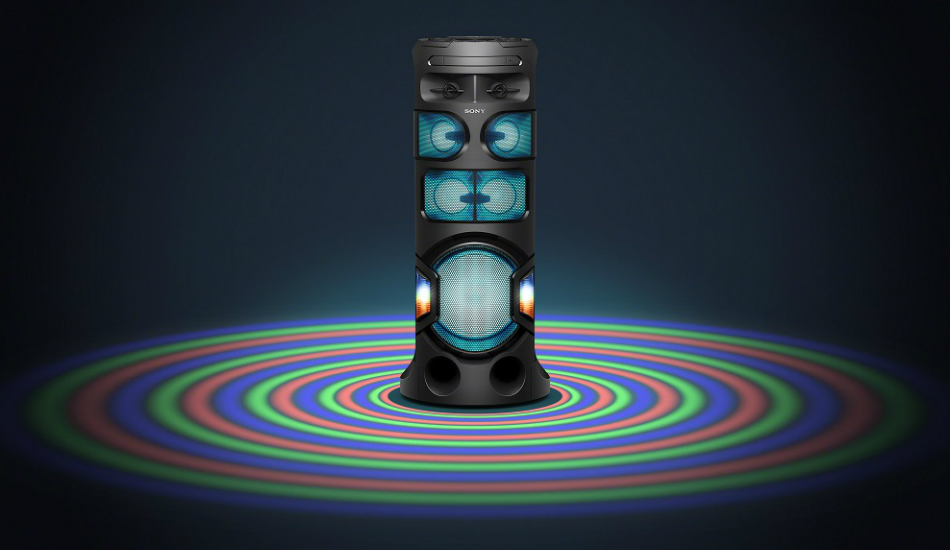 The box style audio systems are equipped with Taiko mode, 360-degree sound, and seamless connectivity through Bluetooth on a portable form factor.

Sony just unveiled new High Power Audio systems which come in three varieties namely – MHC-V41D, MHC-V71D, and MHC-V81D to keep up with the demand of a one-box style audio system. The audio units also feature input modes for guitar and can be moved around a room due to its portable form factor and a handlebar.

All three variants feature a TAIKO mode which will enable users to make use of the audio system like a drum as it allows twisting and tapping on both sides. A touch panel at the top lets users change tracks, add drum samples and play to score the highest with friends.

Users can make use of a new guitar input mode that generates guitar overdrive sounds without a professional guitar amplifier. All they’d need to do is plug in their bass guitar into the Sony system and they’re all set for a rockfest.

The more expensive V71D and V81D will come with 360-degree party lights and Live Sound music technology for an immersive audio experience, while the latter of the two is the only unit to sport a splash-proof and rustproof design. The base level V41D, though won’t come with inbuilt lighting, will be able to sync to the lights in a room. 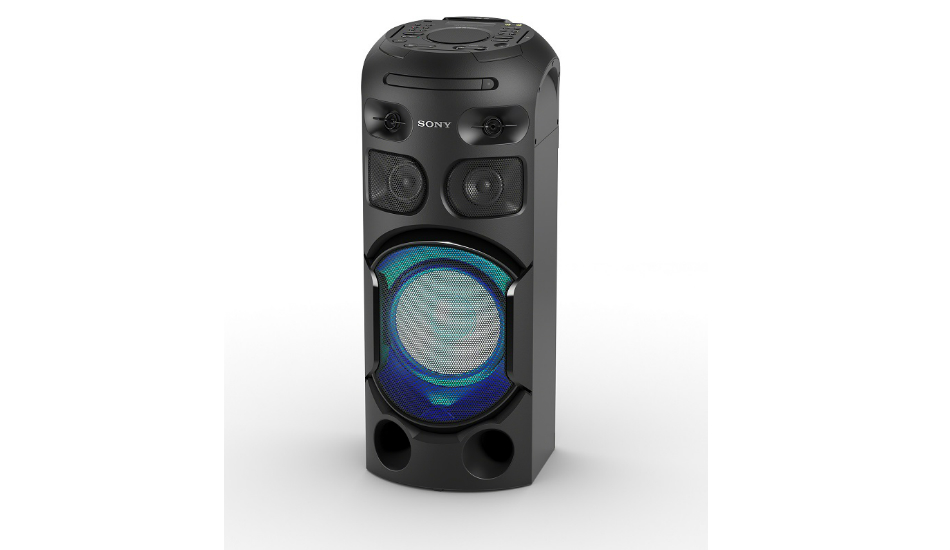 Sony’s High Power Audio systems come with Bluetooth support and Wireless Party Chain that allows the unit to be connected to 50 other systems that are compatible with Sony. The same can be used to connect a single system to several smartphones so every user in a room can play their favourite songs. Seamless connectivity is provided through inbuilt NFC support for faster audio playback.

The Fiestable app can be download by users of any of these three audio systems allowing them access to party features, various DJ effects and samplers and EQ.