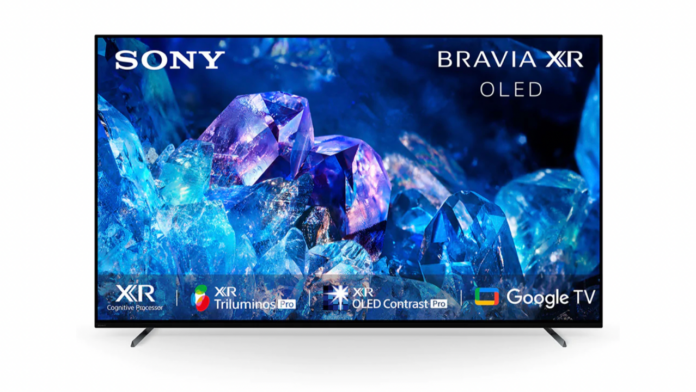 The Bravia XR OLED A80K Series comes with Sony’s Cognitive Processor XR which understands how the human eye focuses, cross analyses the images to give real life depth, extraordinary contrast and vivid colours. The series can unlock over a billion colours with ths Triluminos Pro technology.

There are three actuators behind the television which vibrate along with two actuators on the sides to enhance the high-frequency sound. The left and right subwoofers boost the bass. There’s also support for Dolby Atmos, IMAX Enhanced, and Netflix Adaptive Calibrated Mode.

The BRAVIA Cam is also supported by the Sony BRAVIA XR OLED A80K series so users can connect to it and use its gesture control, proximity alert, voice chat, and other features. Additionally, the TV runs on Google TV platform meaning it has access to Google Assistant as well. The TVs support casting via Apple AirPlay and Chromecast built-in.