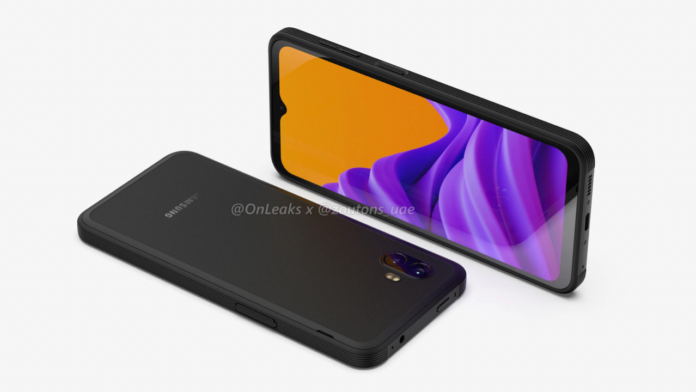 Zoutons in collaboration with OnLeaks revealed the renders for the Galaxy XCover Pro 2. It be the company’s first 5G device for its Xcover series of smartphones, and is expected to hit the shelves this summer. The renders for the device reveal a flat 6.56-inch display on the front with an infinity-V selfie camera at the top.

The Galaxy XCover Pro 2 is shown in a black colour with a rugged back that features a dual rear camera system. The smartphone will also feature a side-mounted fingerprint scanner along with a classic 3.5mm headphone jack. In addition, the device is said to have a removable battery, same as its predecessor. Under the hood, the device could pack an Exynos 1280 SoC and run on Android 12 which should supposedly be based on OneUI 4.1.

The rumoured Samsung Galaxy XCover Pro 2 recently appeared on Geekbench benchmarking website as well. The listing revealed that the phone will get an octa-core processor along with 6GB of RAM. Apart from that, Samsung yesterday launched the Galaxy A33 5G and the Galaxy A73 5G in India. The pricing for both the smartphones is yet to be disclosed by the brand.