The tablet was announced earlier this year with its debut during the Mobile World Congress in the USA. The Tablet comes with the latest Android Ice Ceram Sandwich operating system and is the second generation 10.1 inch Android tablet from Samsung. 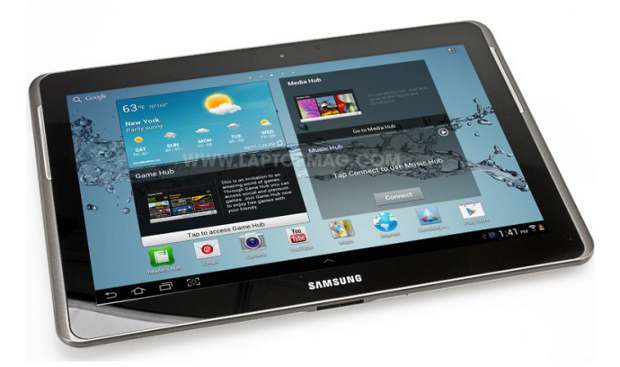 The Galaxy Tab 2, 10.1 features a dual core 1 GHz processor coupled with a 1 GB of DDR 2 RAM for better multitasking and performance in applications. The Tab 2 10.1 features the all new PLS (Plane to line switching) technology based display. This technology allows the display to display better colors, contrast and even wider screen viewing angles than the existing IPS technology based displays. Its 10.1 inch capacitive touch display comes with 1204 x 800 pixel native resolution.

The tablet features HSPA+ 3G connectivity allowing it to get data download speeds of up to 21 Megabits per second which will come in real handy while accessing social media websites or while sharing content on various websites online. The tablet is powered with the latest Android ICS 4.0 operating system that offers functionality as a tablet while it also can be used as a regular smartphone for communications as well.
The Samsung Galaxy Tab 2 (10.1) features a 3 megapixel rear camera which is capable of video recording in HD 720p resolution while it has a front VGA camera for video conferencing and video calling.

The tablet comes with 16 GB of onboard memory with Micro SD card support for additional 32 GB of storage.
The tablet makes absolute sense for some computing and entertainment on the go plus the tablet will soon be getting the Android Jelly bean 4.1 upgrade, which will enhance the tablet’s capacity further up.