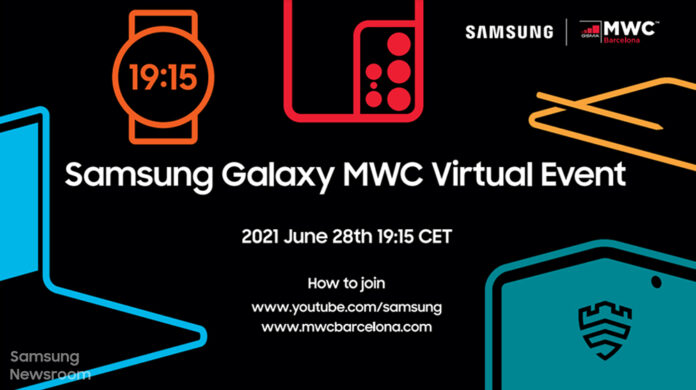 Samsung is all set to host another virtual event at MWC 2021 on June 28. The event is expected to unveil the upcoming Samsung smartwatch powered by WearOS

Samsung is all set to host a new virtual event at this year’s Mobile World Congress. The event is set to take place on June 28, although there’s no word on what the South Korean manufacturer is set to launch at the event.

The Samsung MWC Virtual Event will be hosted online at 07:15 pm CET (10:45 pm IST) on June 28. It will be live-streamed through Samsung’s official YouTube channel and the Samsung Newsroom site.

The teaser shared by the company also contains the vectors of the rear camera module of the Galaxy S21 Ultra and the logo of Samsung Knox security. Samsung also said that it would unveil “a vision for the future of smartwatches” at the event that “will provide new experiences for users and new opportunities for developers”.

This could mean that we may finally witness the first WearOS powered smartwatch by Samsung after announcing its partnership with Google at this year’s I/O event. Apart from this, we already know that Samsung is working on many other devices, including Galaxy Z Fold3, Galaxy Z Flip3, Galaxy Tab S8 series and the Watch Active 4 series. These devices are expected to arrive on August 3 at the rumoured Galaxy Unpacked event.