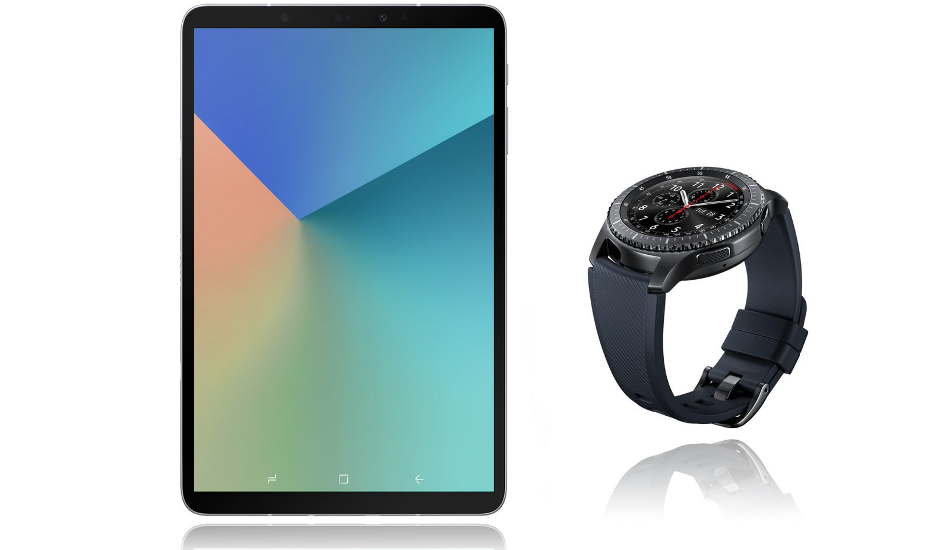 Samsung is currently working on a tablet – Galaxy Tab S4 and a smartwatch – Gear S4. Both the products were earlier rumoured to be launched along with Galaxy Note 9 Unpacked event in August. Now contradicting the rumours, a new report has surfaced which has revealed that both of them won’t be making their debut with the Galaxy Note 9.

As per the tweet of SamsungMobile.News, the Samsung Galaxy Tab S4 and Gear S4 will not launch along with the Samsung Galaxy Note 9. Both the products will be launched following the Galaxy Note 9 announcement, and most likely during this year’s IFA event in Berlin starting August 31. The tweet reads “The Galaxy Tab S4 (SM-T830) and the Gear S4 (SM-R800) won’t launch with the Galaxy Note 9 – The launch of the Tab S4 and Gear S4 will [probably] take place at @IFA_Berlin 2018”.

As per earlier reports, the Samsung Galaxy Tab S4 will feature a 10.5-inch QHD display with a resolution of 2,560 x 1,600 pixels and an aspect ratio of 8:5. It will have 4GB RAM and Qualcomm Snapdragon 835 1.90 GHz octa-core processor. The device will be based on the Android 8.1.0 Oreo operating system. It will have a 12-megapixel rear camera with flash and an 8-megapixel front camera.

The Samsung Gear S4 will come loaded with 470mAh battery, which is higher compared to the 380mAh battery found on the Gear S3. The previous report hinted that the upcoming Gear S4 might come with Wear OS. According to a tweet by a popular tipster, Evan Blass, the company might be prepping a new Gear smartwatch with Wear OS. He reveals that he has seen Gear watches running not Tizen, but Wear OS on the wrists of Samsung employees.