The Korean manufacturer is now rumoured to launch the Samsung Galaxy Z Flip 3 Lite at the Galaxy Unpacked event reportedly scheduled for August 11. 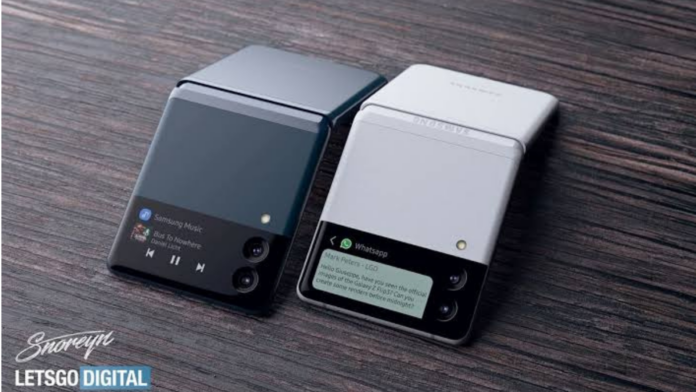 Samsung’s upcoming smartphones mostly leak months in advance, and we now have a leaked launch date for smartphones. Furthermore, a new rumour now says that the Samsung Galaxy Z Flip 3 Lite will join the launch event.

The newly rumoured Lite variant will help Samsung in mainstreaming foldables. The Galaxy Z Flip 3 Lite should be a cheaper Z Flip 3, which is expected to come with a premium price tag. The Samsung Galaxy Z Flip 3 Lite will aim at masses out there who couldn’t afford a foldable because of a high price.

It has been reported earlier that the plans for this model were cancelled due to the global chip shortage situation. The rumours sparking again is certainly an interesting development but should be taken with a pinch of salt considering these plans can be reversed once again or may not be a reality.

Apart from this, the pricing for the Galaxy Z Flip 3 has also been tipped. This report comes from tipster @FrontTron on Twitter. As per him, the Galaxy Z Flip 3 price could be $1,249 (approx Rs 92,000) for the variant with 8GB RAM and 256GB storage.

The Z Fold 3 and the Z Flip 3 have been leaked extensively in the past. However, the former has been recently spotted on Geekbench, revealing it could come with Snapdragon 888 and up to 12GB of RAM. The India launch for the Z Fold 3 has been tipped for September, a couple of weeks after the global launch.

The Galaxy Z Fold 3 will sport a triple-camera setup at the rear. All three cameras will use a 12MP sensor, similar to its predecessor. If the sensors are the same as last year’s Fold, there could be a wide, ultra-wide and telephoto sensor.