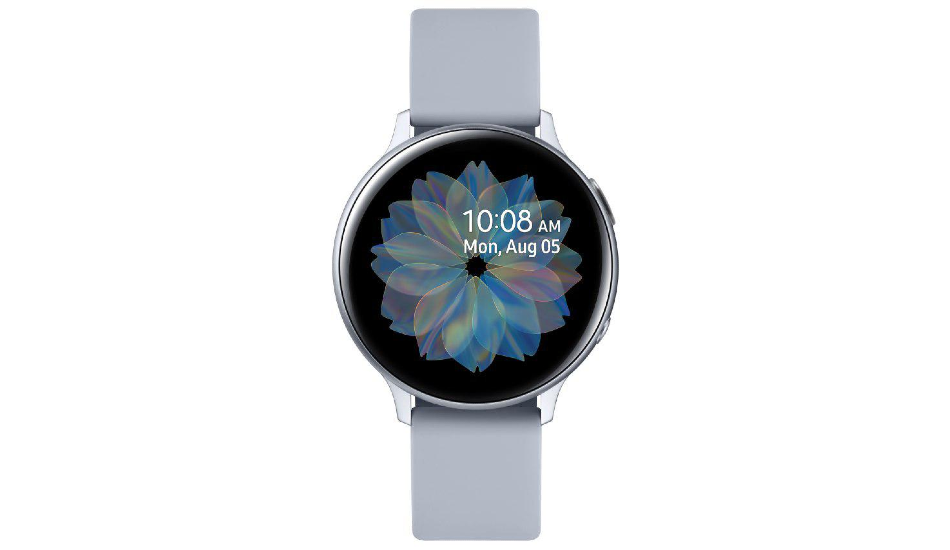 Samsung is expected to bring the Galaxy Watch Active 2 to India in the near future and the smartwatch will be offered in Stainless steel and Aluminium models during its launch.

Samsung is expected to bring the Galaxy Watch Active 2 to India in the near future and the smartwatch will be offered in Stainless steel and Aluminium models during its launch, says Twitter Tipster Ishan Agarwal.

The Watch Active 2 which launched in the US in August bore a price of $279.99 (approx. Rs 20,000). We can thus expect the device to be priced a little higher in India, keeping in mind that Samsung only launched the original Galaxy Watch Active in June and that too, for Rs 19,990.

Galaxy Watch Active 2 comes in two sizes of 40mm and 44mm sizes featuring 1.2-inch and 1.4-inch displays respectively. Both models come with Super AMOLED always-on screens with a resolution of 360 x 360 pixels with Corning’s Gorilla Glass DX+ for protection. There’s a rotating touch bezel on the watch which allows users to interact with the smartwatch’s UI by moving their fingers in a clockwise or counter-clockwise direction.

The smartwatch is powered by the Exynos 9110 processor paired with up to 1.5GB of RAM and 4GB of internal storage. The watch will also be available in a WiFi variant with 768MB of RAM and 4GB of storage. Battery capacities on the 40mm and 44mm variants are 247mAh and 340mAh respectively. The watch runs on Samsung Tizen platform and is compatible with devices running Android 5.0 or higher or iOS 9.0 or above.

The Watch Active 2 is an IP68 rated and MIL-STD 810G rated water-resistant and dustproof device. It can be used for tracking 39 workouts, and seven of them are automatically activated including running, walking, cycling, swimming, rowing machine, elliptical machine and dynamic workouts. The included sensors on the device are a heart-rate sensor, ECG sensor, accelerometer, gyroscope, barometer, and ambient light sensor.