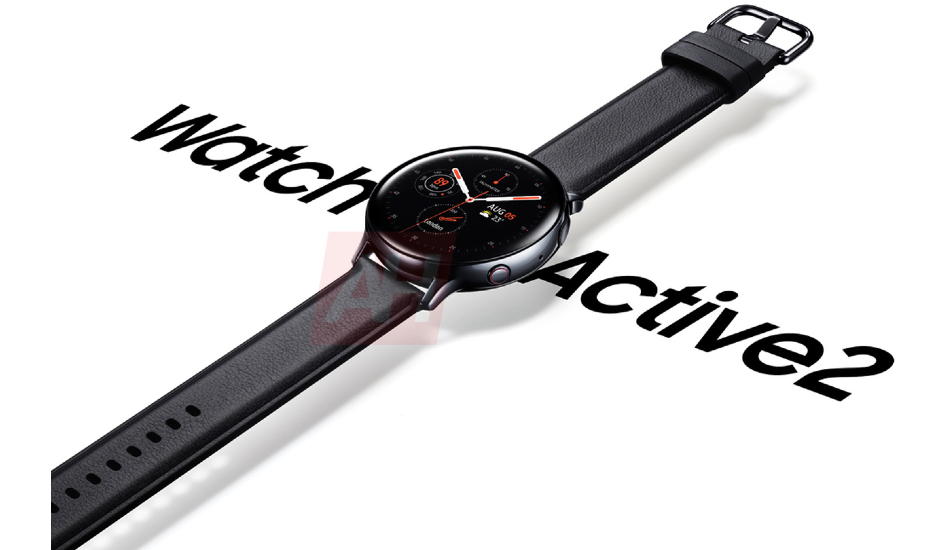 The official render of the Galaxy Watch Active 2 as shared by AndroidHeadlines, offers a glimpse of the upcoming wearable from Samsung would look like. The smartwatch appears to be similar to that of the original Galaxy Watch Active which was announced in February but with a leather strap.

It remains to be seen whether this leather strap will be available as a separate model besides the one with silicone straps. The watch was previously rumoured to come in three colour options – black, gold and silver. The power button which is located to be on the right side of the Galaxy Watch Active 2 has a red ring around it, which hints at a special functionality of the watch over its predecessor.

Rumours suggest that Watch Active 2 will also come with more health-focused features like electrocardiograph (ECG) and fall detection. The smartwatch is expected to come out in two sizes – 40mm and 44mm.

For connectivity, the Galaxy Watch Active 2 is estimated to be made available in LTE and WiFi-only models. Samsung will possibly employ different sized batteries on the LTE and WiFi models since LTE connectivity will consume more battery.