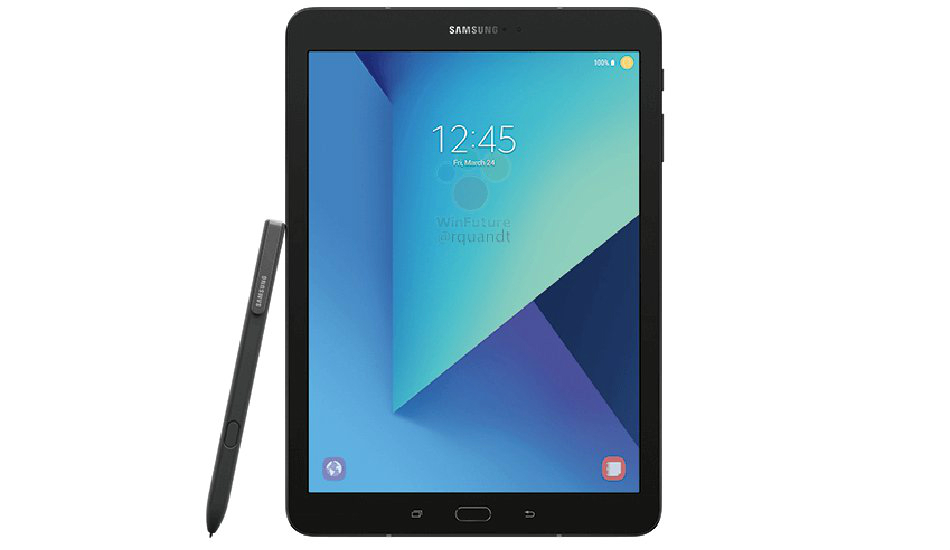 The Samsung Galaxy Tab S3 comes with a 9.7-inch QXGA Super AMOLED display with a screen resolution of 2048 x 1536 pixels.

Samsung had launched Galaxy Tab S3 at the Mobile World Congress 2017 event held last month in Barcelona. The company had however not revealed the price and availability of the tablet at the launch time. Now the price of Galaxy Tab S3 has been made official by the Korean company. The tablet is priced at $599.99 in the US which is approximately Rs 39,338. The keyboard accessory for the tablet will be available separately for $129.99 which is Rs 8,521.

The Samsung Galaxy Tab S3 comes with a 9.7-inch QXGA Super AMOLED display with a screen resolution of 2048 x 1536 pixels. What makes it stand out of crowd is the fact that support videos in HDR (10bit coloured) for true-to-life colours and vivid digital content. The device comes bundled with S Pen and there is also a Pogo keyboard cover, which can be attached to the device magnetically. The device comes in two model, Wi-Fi and LTE.

On the camera front, the device sports a 13-megapixel rear camera, while for the front, there is a 5-megapixel shooter for selfies and video calling. The tablet runs on latest Android 7.0 Nougat and is juiced by a 6,000mAh battery with fast charging which the company boasts can give up to 12 hours of video playback. On the connectivity front, the device support 4G LTE, Wi-Fi, Bluetooth 4.2, USB Type-C and GPS.