The Galaxy Tab S3 runs on latest Android 7.0 Nougat, while the Galaxy Book is a 2-in-1 device which is powered by the latest Windows 10 operating system.

Samsung has finally added a new member to its tablet range with the launch of Galaxy Tab S3 and Galaxy Book during the Mobile World Congress 2017. The Galaxy Tab S3 runs on latest Android 7.0 Nougat, while the Galaxy Book is a 2-in-1 device which is powered by the latest Windows 10 operating system.

Starting with the consumer-centric product, the Samsung Galaxy Tab S3 comes with a 9.7-inch QXGA Super AMOLED display with a screen resolution of 2048 x 1536 pixels. What makes it stand out of crowd is the fact that support videos in HDR (10bit coloured) for true-to-life colours and vivid digital content. The device comes bundled with S Pen and there is also a Pogo keyboard cover, which can be attached to the device magnetically. The device comes in two model, Wi-Fi and LTE.

On the camera front, the device sports a 13-megapixel rear camera, while for the front, there is a 5-megapixel shooter for selfies and video calling. The tablet is juiced by a 6,000mAh battery with fast charging which the company boasts can give up to 12 hours of video playback. On the connectivity front, the device support 4G LTE, Wi-Fi, Bluetooth 4.2, USB Type-C and GPS. 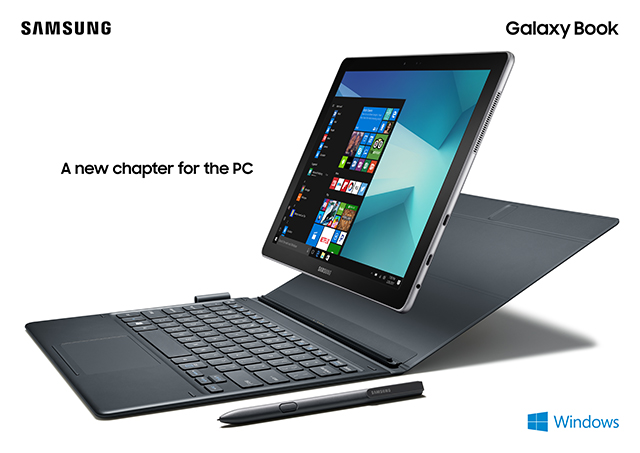 On the hardware front, the 12-inch is equipped with a 7th Generation Intel Core i5 processor and the 10.6-inch with an Intel Core m3 processor. The smaller variant comes loaded with 4GB of RAM and is available in two storage options of 64GB and 128GB of eMMC storage, which can be further expanded up to 256GB via microSD card slot. The 12-inch comes in two RAM and storage variant: 4GB RAM + 128GB SSD and 8GB RAM + 256GB SSD, which can be expanded up to 256GB via microSD card slot.

The new S Pen from Samsung comes with some interesting functions. To start with, the S Pen has a smaller 0.7mm tip and increased pressure sensitivity. The S Pen also includes convenient features such as Screen Off Memo to quickly jot down notes, PDF Annotation for easy editing and professional-level drawing with Advanced Drawing Tools. 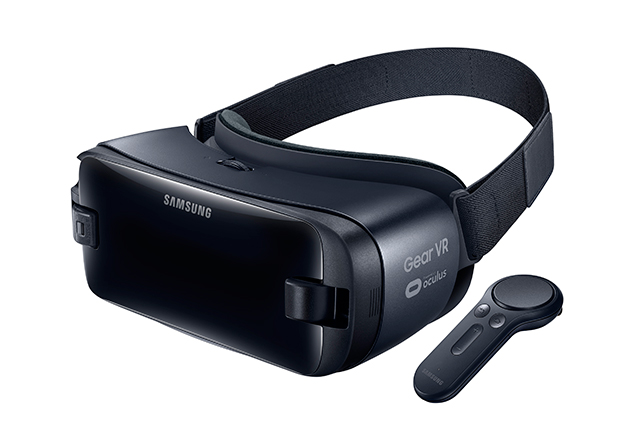 The company has announced a new controller for its famous Gear VR headset. The Controller features an ergonomic, curved design, offering convenient one-hand control and better motion interaction with minimised head movement for a comfortable user experience. For various motion input, there is a touchpad which allows users to interact in the virtual reality world enabling various forms of motion, including the ability to point, drag and drop, tilt, shoot, among other actions.

The latest edition of the Samsung Gear VR is compatible with the Galaxy S7, S7 edge, Note5, S6 edge+, S6 and S6 edge