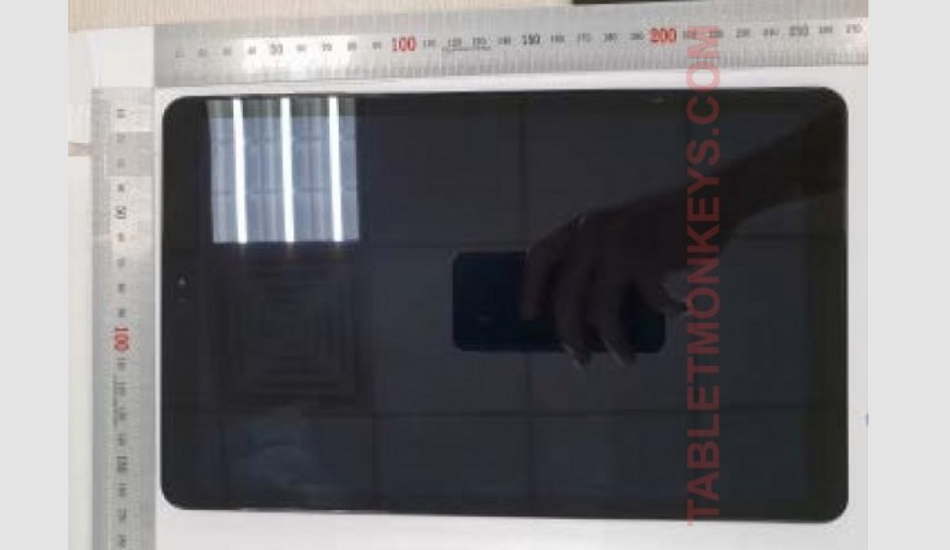 Samsung is reportedly launching the Galaxy Tab S4 on August 1 but now specification of a new tablet, Galaxy Tab A2 XL, have also surfaced. At the moment wedon’t have confirmed information about its launch.

As per SamMobile, the Samsung Galaxy Tab A2 XL will feature a 10.5-inch display with 1920×1200 pixel resolution. It will have a Qualcomm Snapdragon 450 chipset coupled with a 3GB of RAM and 32GB of internal storage. For the camera, it will have an 8-megapixel rear camera and a 5-megapixel front camera. It will run on Android 8.1 Oreo operating system and will be backed up by 7,300 mAh battery, the report further says.

Connectivity options for the Samsung Galaxy Tab A2 XL will include Wi-Fi 802.11 a/b/g/n/ac, LTE, Bluetooth 4.2, and more. Along the specifications, an image has also been leaked of the tablet. It shows the front of the tablet with bezels on the top and bottom end. The tablet will feature on-screen navigation keys and might feature face-unlock as well. It might not feature an iris scanner or a fingerprint sensor for security.

If we talk about the leaked specs of Galaxy Tab S4, the tablet will feature a 10.5-inch Super AMOLED displaywith 2560×1600 pixel resolution and 16:10 aspect ratio. It will run on Android 8.1 Oreo out of the box and will be backed up by a 7,300mAh battery. The tablet will be powered by Qualcomm Snapdragon 835 processor which is coupled with 4GB RAM and 64GB of internal storage. For the camera, the Galaxy Tab S4 will boast a 13-megapixel rear and 8-megapixel front camera. Itwill feature a USB 3.1 port, Bluetooth 5.0, GPS and Wi-Fi 802.11 ac as well.

In a related development, Samsung is also going to launchGalaxy Note 9 on August 9 at its Unpacked launch event in New York City. Earlier we had reported on thepricing of the upcoming phablet leaked online along with new colour options. The Galaxy Note 9 with 128GB storage will come with a price of 13,500,000 Indonesian rupiahs, which is approx. Rs 64,362. The 512GB storage option will be priced at 17,500,000, which is approx. Rs 83,433. The smartphone will come in Mystic Black, Engineered Blue and Artisan Coppercolour options.