Samsung Galaxy Chromebook 2 360 has been launched with a 2-in-1 form factor. 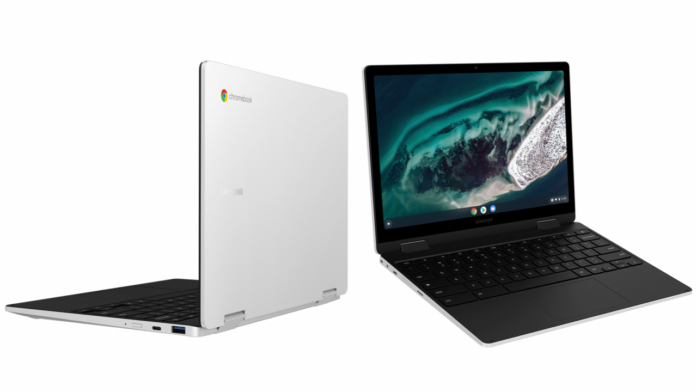 Samsung has debuted the Galaxy Chromebook 2 360 at the British Educational Training and Technology (BETT) 2022 event on Thursday. The new 2-in-1 Chromebook model is powered by the Intel Celeron N4500 processor coupled with up to 4GB of RAM. Samsung is also offering an optional LTE variant of the Chromebook 2 360.

It packs a 45.5Whr battery that supports charging through its bundled 45W USB Type-C charger. Samsung has included a free built-in Antivirus, automatic updates and Google Smart Unlock on the new Chromebook 2 360. Furthermore, you also get 100GB of Google One Storage for 12 months and YouTube Premium subscription for 3 months. Additionally, there’s an 8-megapixel front camera, along with dual stereo speakers with a 1.5W output.

Connectivity options on the laptop include Wi-Fi 6, Bluetooth 5.1 and optional LTE connectivity. For IO, you get 2 x USB Type-C ports, 1 x USB 3.2 port, and a 3.5mm headphone-microphone combo jack. In addition, the LTE version of the Chromebook 2 360 features a nano-SIM card slot.