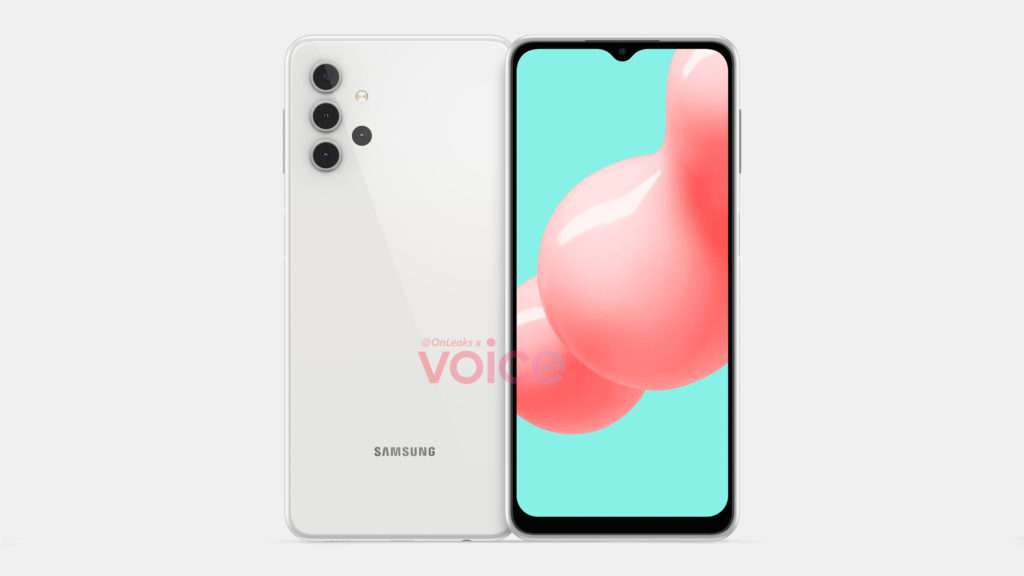 Samsung Galaxy A32 will come with a quad rear camera setup.

Samsung launched Galaxy A42 5G smartphone earlier this year. Now the company is reportedly working on the Galaxy A32 5G smartphone.

The alleged renders of Samsung Galaxy A32 have been posted by Steve Hemmerstoffer aka OnLeaks on Voice. As per the renders, the Galaxy A32 will come with a quad rear camera setup. Three sensors are aligned vertically while the fourth sensor is located next to them, below the flash.

On the front, the phone has a notch for the selfie camera with Infinity-V display which is said to measure 6.5-inches diagonally. It also has thick bezels and a huge chin. The phone is expected to measure 164.2×76.1×9.1mm. 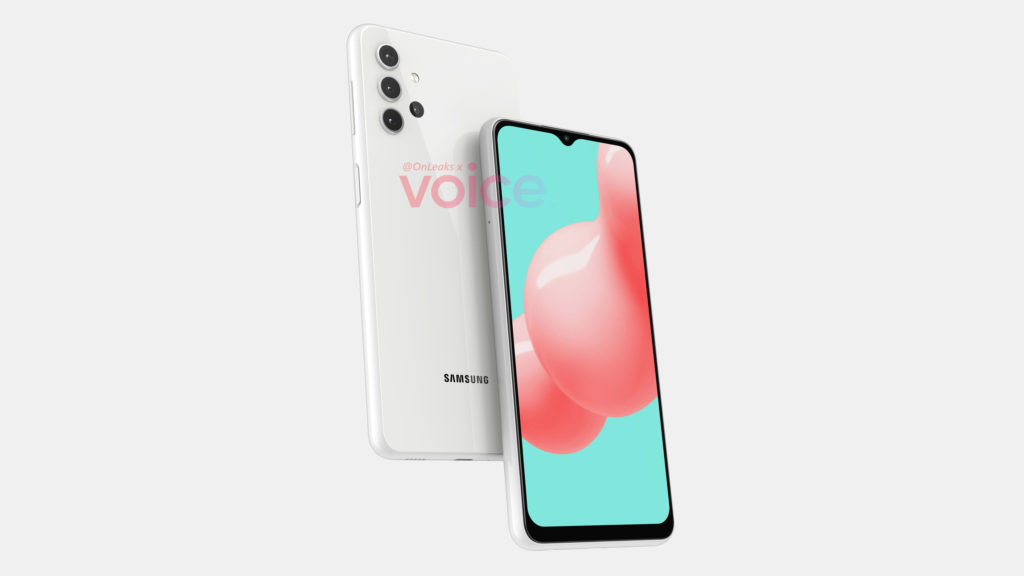 The renders show the presence of a side-mounted fingerprint scanner on the device which is embedded in the power button. At the bottom, the phone has a USB Type-C charging port, a 3.5mm audio jack, and a speaker grill.

Earlier Samsung Galaxy A32 5G case renders surfaced online which revealed a 3.5mm headphone jack, USB Type-C port and a loudspeaker grille at the bottom. The top features a secondary mic. Further, the phone will sport an Infinity-U display with a dew-drop notch on the front. The SIM card slot will lie on the left side. The volume rockers and a power key with an embedded fingerprint sensor are on the right side of the device.

As of now the specs of Samsung Galaxy A32 5G are not known. Earlier leaks suggest that the handset will feature a 48MP primary camera alongside an ultrawide sensor and 2MP depth cam.