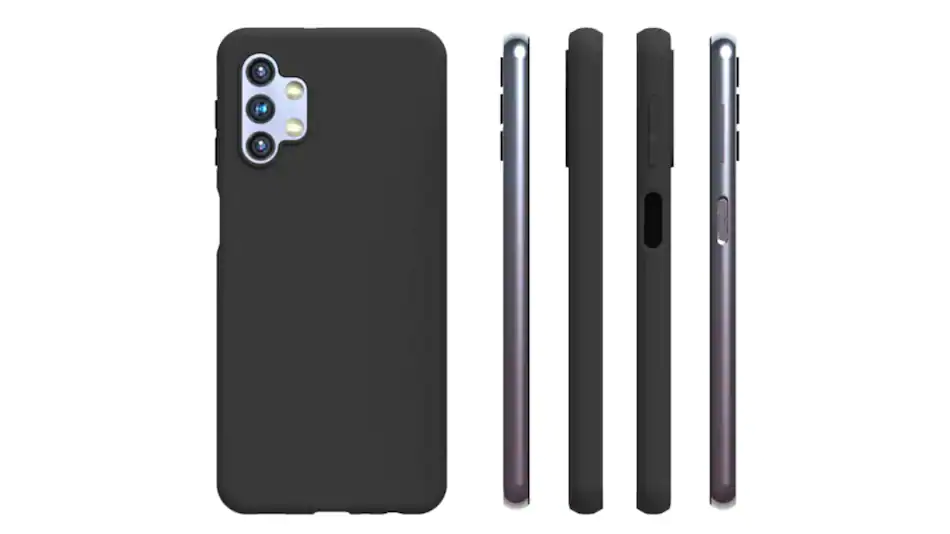 As per the renders shared by tipster Sudhanshu, the phone will feature a triple rear camera setup. Two LED flash are adjacent to the camera module.

There will be a 3.5mm headphone jack, USB Type-C port and a loudspeaker grille at the bottom. The top features a secondary mic.

Further, the phone will sport an Infinity-U display with a dew-drop notch on the front. The SIM card slot will lie on the left side. The volume rockers and a power key with an embedded fingerprint sensor are on the right side of the device.

Sadly, the report does not reveal any specs of Samsung Galaxy A32 5G. As per the earlier leak, the handset will feature a 48MP primary camera alongside an ultrawide sensor and 2MP depth cam.

Recently, Samsung Galaxy A12 5G case renders also surfaced online. The phone will feature a waterdrop notch display notch on the front. At the back, it will come with a square-shaped camera module that seems to feature three distinct camera sensors. An LED flash also lies below the camera module.

The renders also suggest that the Samsung Galaxy A12 5G will feature a side-mounted fingerprint sensor. There will be a 3.5mm headphone jack, USB Type-C port and a loudspeaker grille at the bottom.